Starring Harry Enfield and Paul Whitehouse, the comedy series brought to the screen a host of now stock characters such as Smashie and Nicey, Wayne and Waynetta Slob, who married at 17 and are going to seed, and Tim Nice-But-Dim who does what he says on the tin.
Media
Reviews
Harry Enfield's Television Programme set the template for the modern comedy sub genre of "catchphrase" sketch shows. Jason Deans
Guardian 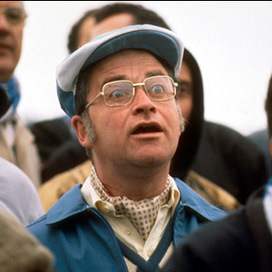