Nominated one of the Best Memoirs of 2017 on Oprah.com

Claire Dederer’s youth was wild, an endless cascade of beer and rock and acid and sex—as she puts it, “near-rabbit levels of sexual activity.” Sometimes fervid, often rote, the encounters left her benumbed and adrift and led, years later, to the diagnosis of “hypersexuality.” By then, after two decades of disciplined transformation, she'd become a successful writer, a faithful wife, and “an above-average mom”—a real adult. That is, until one morning at 44, her journalist husband out the door on assignment, she found herself overcome by the same sexual cravings and ineffable sadness of her younger years. The hedonistic girl, "that crazy bitch," was back—or had she never left?

Claire Nozieres manages the translation rights for Love and Trouble

Love and Trouble is unlike any memoir I’ve ever read: formally inventive and wise, have-to-put-the-book-down funny yet somehow tinged with grief. And the sentences! They simply sing. I’ve never thought so deeply, or in so many different modes, about my own sexuality, femininity, and motherhood. Though I don’t mean to suggest that this is a book just for women—I kept reading passages aloud to my husband, as a way of asking him to understand something essential about me, and about himself, and about marriage in general. I began reading Love and Trouble thinking Dederer was writing about herself; halfway through I decided she was writing about me. By the time I finished I realized she’d written to me, and to my daughters—to all of us.

She is a delightfully mordant companion. You could ask for no better guide to the centre of yourself.

It's a depiction of female infidelity we seldom see, a depiction where the infidelity itself is incidental, a plot point rather than grounds for matrimonial reckoning or moral judgement.

The first book I read this year turned out to be one of the best – Love and Trouble by Claire Dederer (Tinder Press). It’s a memoir about being a middle-aged woman, married with kids, who is hit by a longing for her youthful, wilder self. It’s full of insight into ageing, long-term love and sex, the search for fulfilment and euphoria: “We refused to call it menopause. First of all, it wasn’t that, yet, and second of all, the very term annoyed us. When men have existential crises – when Richard Ford, for instance, limns the male at midlife – it doesn’t get called by some dumb hormonal name. It’s a ‘universal human experience’.” Bang on.

Dederer is unstintingly honest and unafraid as she excavates her motivations and reservations, her fantasies, and the implications of the choices she has made – and those she has yet to make. Insightful, provocative, and fearlessly frank, Dederer seduces readers with her warmth, wit, and wisdom.

[Dederer] is a delightfully mordant companion. You could ask for no better guide to the center of yourself.

When I got my hands on Claire Dederer's new book, I instantly turned off my phone, cancelled all my appointments, curled up in bed, and read all day in grateful — and thoughtful — abandon. As always, I was delighted with what I found in her writing. Dederer is not only a brilliant author, but an honest and brave one, who is not afraid to deep-dive into her own history and her own heart in order to examine what it really means to be a woman right now.  Love and Trouble is a book which caused me to think differently about marriage, about intimacy, about middle-age, and especially about what it means to have once been a sexually adventurous teenage girl. I saw myself all over these pages, and a think a lot of other readers will, as well.

In this edgy, frank, and at times outright hilarious tale of lost youth and midlife angst, Dederer, a wife and mother of two who lives on an idyllic island a ferry ride away from Seattle, describes finding herself in a funk at age 44 in 2011. This candid memoir will resonate with women (and quite possibly men) of all ages, but particularly those in midlife. Dederer brings a startling intimacy and immediacy to her version of growing up female in America.

Love and Trouble is a different sort of animal. Though Dederer continues to perambulate the virtue theme, this time she does so as an apostate. The effect is to unleash a dangerously rambunctious writer on the world. The quippiness of Poser has deepened into something stylistically far more distinctive. Sentence for sentence, a more pleasure-yielding midlife memoir is hard to think of.

[Dederer's] elegantly structured, expansive, and unapologetic account captures the sense of one woman's self about as honestly as it is possible to do on a page.

In [Love and Trouble], Dederer tells the story of what happens when a devoted wife and mother in her 40s, a woman in a basically loving and healthy marriage, stops taking care of everyone, stops subsuming her own needs to those of her children and husband, stops repressing her unruly sexual desires, and starts acting like, well … a man. 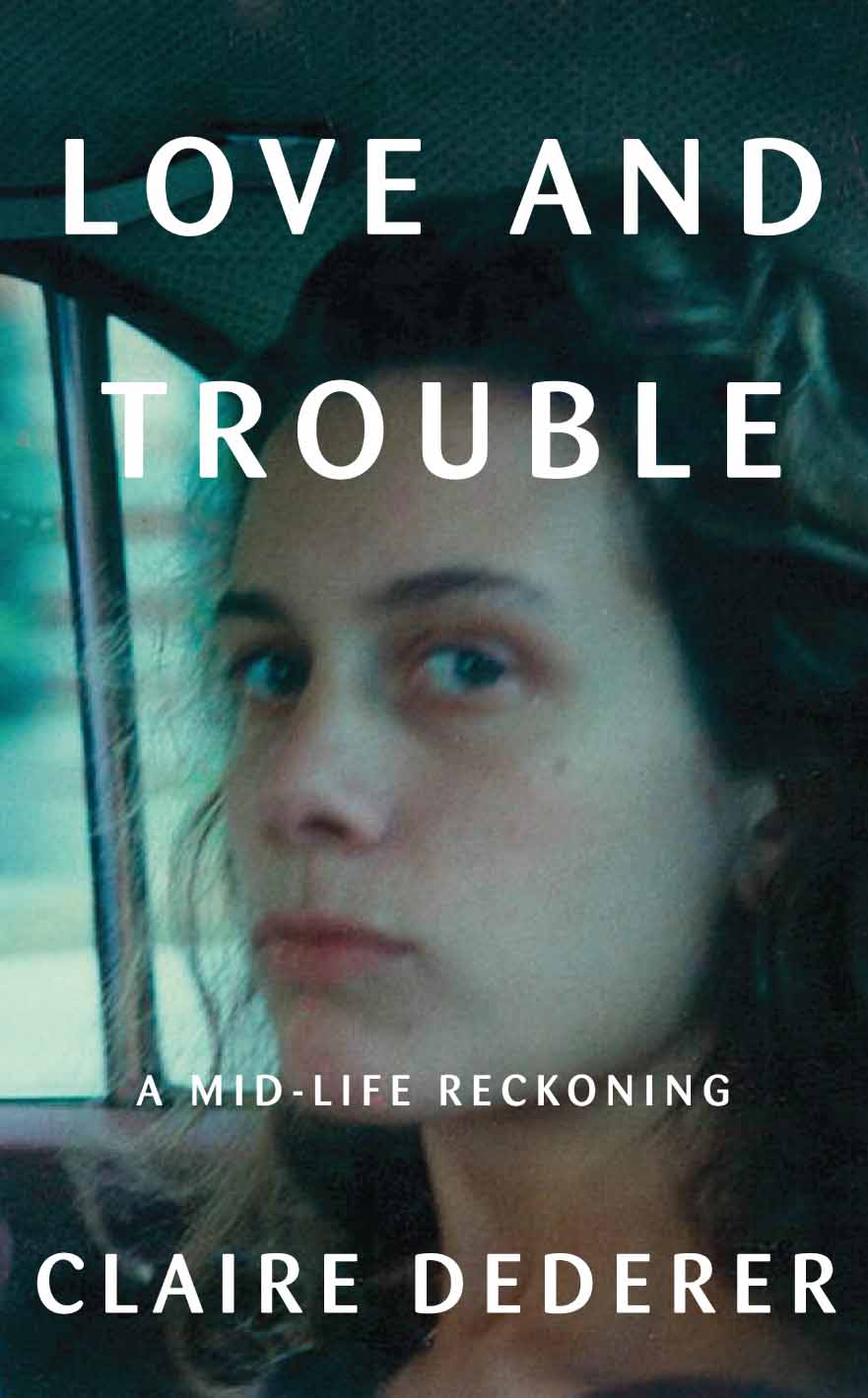