In Colin's episode 'Sandancers', Vera and Joe are called in to investigate a suspicious death in an army barracks and they are helped by Shep, an enthusiastic and pro-active member of the Military Police.

The death of commanding officer Dev looks like suicide at first but murder is soon established as the cause and the team must find both a motive and a killer. 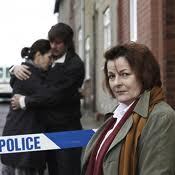