On an unseasonably warm afternoon in late September, Del did something that she could not explain to herself and would not explain to others. In the months to come, when she considered the moment that changed everything, she would reach no conclusion as to why she did what she did. In the short term, it was stupid, but in the long term it was nothing short of catastrophic.

Housebreaking is a literary novel which revolves around a stubborn 24-year-old woman, Del, who deals with a long-simmering family feud by dismantling her house and moving it, alone and by hand, across a frozen pond during a harsh New England winter.

A wry and unexpectedly tender story of finding the family we need when we least expect it. Perfect for fans of Olive Kitteridge and The Good House.”

“An unforgettable portrait of a young woman at war with the world and herself. Protagonist Del can be hard to like, but she remains easy to love. This is a brilliant and exciting debut.”

“Deliciously witty and deeply poignant. Sharp, surprising and memorable, this is a book I know I’ll keep mulling over for a long, long time.”

Emma Hooper, bestselling author of Etta and Otto and Russell and James

“Darkly funny and brimming with pathos...For fans of Elizabeth Strout, Ottessa Moshfegh...This is a humorous and life-affirming trip through the fraught, weird heart of America, exploring the granular details that make and break a life.”

“A keenly observed and achingly real story of grief and loss and the extraordinary lengths one woman goes to make sense of her past and discover who she might become.”

—Dana Reinhardt, author of Tomorrow There Will Be Sun 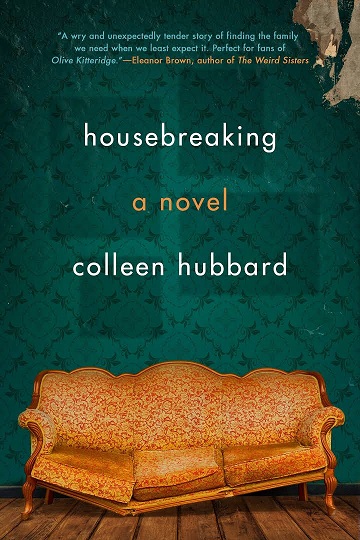