In the Afghan wild lands, British and American special forces soldiers ate, slept, fought and died alongside each other - working in close-knit units the likes of which have rarely been seen since the Second World War. This is the story of the trials and exploits, the victories and defeats, of one of those units. This book takes us from the first ever assault against a terrorist ship carrying weapons of mass destruction to attack London, to the epic siege of the terrorist-held Qala-I-Janghi fortress in Afghanistan. In the interim, our half-a-dozen soldier-characters deliver suitcases stuffed with millions of dollars in cash to 'friendly' Afghan warlords; they penetrate the towering heights of the uncharted Naka Valley, where allied intelligence has identified the mother of all terrorist training camps; they fight in the labyrinthine tunnels running beneath the Afghan mountains; and they risk all to rescue their fellow soldiers from a downed aircraft stranded on a snow-blasted mountain peak.

The book culminates in the single battle in which more terrorists were killed than any other in Afghanistan: the siege of Qala-I-Janghi, an ancient mud-walled fortress used to imprison the most dangerous Taliban and Al Qaeda fighters. The battle for Qala-I-Janghi would last a staggering eight days, from the moment of the first shots being fired at the start of the uprising to the hour that the fort yielded up the last Al Qaeda fighters. It is a battle in which over 500 terrorists would die - but which would also claim the life of a US serviceman and dozens of Northern Alliance allies, with scores of severely wounded British and American soldiers. And in the final denouement, this savage battlefield turns out to be populated by the most ultimately shocking enemy - John Walker Lindh, the white American Taliban who held out in the forts' bunker until the very last. At the same time as the story of the fort siege played out on TV screens all across the world, our band of British and American special forces were involved in a secret, deadly dual to rescue their fellow men - a duel that only one side could win. 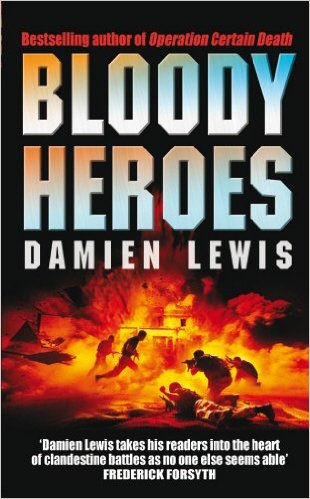