Iraq: the present day. A country torn apart by war and anarchy. Thieves roam the streets. People are being killed in broad daylight. Security is non-existent. And now, terrorists have seized a Van Gogh painting worth £25 million from one of Saddam's palaces. They are offering it to the highest bidder. The painting's original owner, a Kuwaiti prince, from whom it was seized during Iraq's occupation of Kuwait in the First Gulf War, has asked for HMG's help in retrieving it. The British Government owes him a favour for backing them during the Iraq War, so they agree to help.

But rather than agreeing to pay the terrorists' ransom -- which they fear will be pumped into funding terrorist operations across the world -- HMG decides to send in a team of hardened ex-Special Forces, led by ex-SAS hero Mick Kilbride and his sidekick 'East End' Eddie. Sent undercover in a deniable operation called Desert Claw, their brief is simple: retrieve the painting, and eliminate the terrorists at the earliest possible opportunity. The mission sounds simple enough. But as Mick and his team are drawn into a dark and violent world, things are not always as they seem. And in the final climactic scene, a horrible and shocking truth awaits for the men. 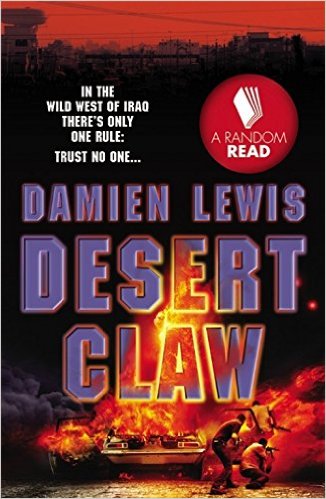