Meet Sergeant 'Bommer' Grahame, one of the deadliest soldiers on the battlefield. He's an elite army JTAC (Joint Terminal Attack Controller- pronounced 'jay-tack') - a specially trained warrior responsible for directing Allied air power with high-tech precision. Commanding Apache gunships, A10 tank-busters, F15s and Harrier jets, he brings down devastating fire strikes against the attacking Taliban, often danger close to his own side.

Due to his specialist role, Sergeant Grahame usually operates in the thick of the action, where it's at its most fearsome and deadly. Conjuring the seemingly impossible from apparently hopeless situations, soldiers in battle rely on the skill and bravery of their JTAC to enable them to win through in the heat of the danger zone.

Fire Strike 7/9 tells the story of Bommer Grahame and his five-man Fire Support Team on their tour of Afghanistan. Patrolling deep into enemy territory, they were hunted and targeted by the Taliban, shot at, blown-up, mortared and hit by rockets on numerous occasions. Under these conditions Sergeant Grahame notched up 203 confirmed enemy kills, making him the difference between life and death both for his own troops and the Taliban. 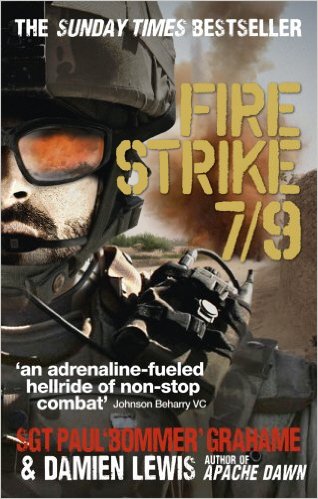