Lights In The Distance: Exile and Refuge at the Borders of Europe

If you have the right passport, the right amount of money or the right colour skin, Europe can seem like a land without borders. That states who once fought wars with one another now give their citizens the right to travel, trade and work where they like is part of the story modern Europe likes to tell about itself: the EU's founding myth is that it was created to ensure the horrors of the twentieth century were never repeated; freedom, tolerance, and a respect for human rights are now proclaimed as 'European values'.

But the movement of people is still tightly controlled. While internal borders have come down, in recent years we have seen the growth of a militarised frontier at Europe's edges to keep out the uninvited. In theory, 'Fortress Europe' exists to protect EU citizens from external threats. In reality, the system itself is a threat to the lives of some of the world's most desperate migrants. As the number of people displaced by conflict worldwide rises to its highest level since the Second World War, an unprecedented number of refugees suffer unnecessary hardship, abuse and even death as they try to reach a continent that presents itself as a beacon of human rights.

The political narrative is familiar, but what of the lives of those caught up in the crisis? Building on several years of reporting work for leading publications, in Lights In The Distance Daniel Trilling tells the stories of the people he has encountered, drawing on the relationships he has built up over the course of his work. The result is a profound and important book.

Claire Nozieres manages the translation rights for Lights In The Distance: Exile and Refuge at the Borders of Europe

His brilliantly researched and written Lights in the Distance is, above all, a book of witness... Trilling’s is not at all a hopeful book... But it ends with a set of questions that we all would do well to ask: “Why should anyone have to put up with these conditions? What set of interests does it serve to regulate their movement? And how likely is it that states that treat migrants with such callousness will behave similarly toward their own citizens?”

Humane and illuminating, Lights in the Distance is a vital examination of what the new era of border control and deportations really means, what it costs, and who pays the price,

A deeply moving and much needed reminder of the human tales which are so often obscured by political rhetoric on migration.

Combining forensic enquiry with moral passion, Daniel Trilling has emerged as one of our most intrepid and resourceful reporters. In Lights in the Distance, he illuminates the vast human tragedy behind newspaper headlines about refugees, forcing us to confront Europe's legacy of imperialism and nationalism.

The Windrush scandal that enveloped Britain’s government in recent months has revealed how migration policy is often made and enforced in the dark — but also how empathetic reporting of its most dire consequences can help spur a response. Lights in the Distance certainly reiterates the former message. Its stories, in all their jarring detail, deserve to reinforce the latter as well.

If knowledge is the foundation of action, then [Trilling] has done us a great service by turning masses and numbers into people whom we like, who we can see are like us.

Daniel Trilling’s book … is both a shocking and gentle read: shocking in that it calmly portrays the reality of life for people trying to enter a Europe that largely doesn’t want them … Gentle, because through the careful telling of these people’s stories, they become just that. People, not a mass.

A powerful powerful book. In the midst of an escalating crisis, Trilling manages to keep his lens focused tightly on the people who are most intimately affected by the geopolitical catastrophe taking place around them... Their voices, so often unheard, so often wilfully silenced, tell this story better than anyone else can. 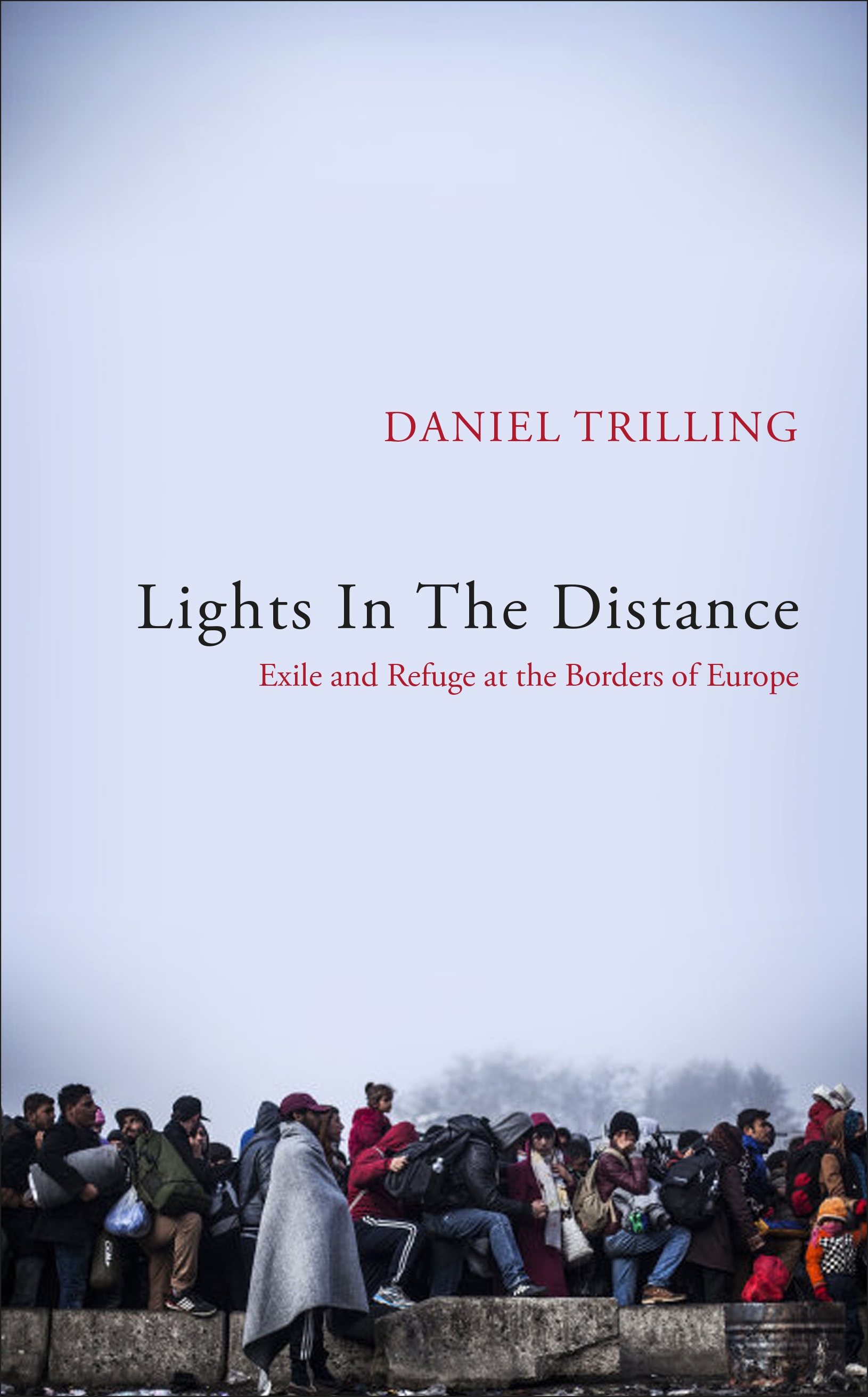