Acacia: The Other Lands

US → Doubleday
UK → Transworld Publishers
David Anthony Durham’s gripping Acacia Trilogy continues with an epic novel where loyalties are tested, new worlds are discovered, and battle lines are being drawn.

A few years have passed since Queen Corinn has usurped control of the Known World — and she now rules with an iron fist. With plans to expand her empire, she sends her brother, Dariel, on an exploratory mission across the sea to The Other Lands. There, he discovers an alliance of tribes that have no interest in being ruled by Queen Corinn and the Akarans. In fact, Dariel’s arrival ignites a firestorm that once more exposes The Known World to a massive invasion, one unlike anything they have yet faced …
Rights

Sophie Baker manages the translation rights for Acacia: The Other Lands

Media
Reviews
Readers of this bold, imaginative sequel will not be disappointed.
Amazon.com Full Review 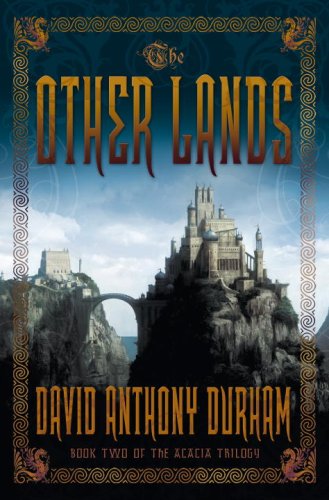