Growing up as an orphan in a remote village in the Egyptian desert, Ash's life is pretty ordinary - sort of. He spends most of his time working in irrigation canals and avoiding bullies, but he is also being secretly trained by his mentor Yazen "for some great purpose." Yazen has never said what that is, until now: the night before Ash's twelfth birthday. According to Yazen, Ash was born on the same day as Prince Khufu, which makes him eligible to compete to be the prince's shadow, a lifelong confidante and bodyguard. Ash doesn't really believe Yazen, but when a floating royal barge, driven by solar-powered sails, arrives to take Ash and his mentor to the bustling, magical, and solar-powered capital, things get real.

What awaits Ash is deadly - five days of dangerous tests, each overseen by a different Egyptian god. Unfortunately, they've been told, not all will survive. On top of the tests, Ash is up against Set, the devious god of chaos, secretly working toward the candidates' demise. If they fail, a different prince will inherit the throne, one Set can manipulate for his evil schemes. Ash finds two friends willing to fight by his side, but he's been warned: some candidates lie, cheat, and even try to harm others to win. Can Ash and his friends do what it takes to save the kingdom? And will there be anyone left to become the Shadow Prince?

The audio rights are handled by Lee & Low.

Roxane Edouard manages the translation rights for The Shadow Prince

Durham offers up an action-packed, magic-filled adventure made all the more fun by its evocative world building... A compelling story that pits fraternal jealousy and desire for power against true friendship and generosity of spirit. Ash's narrative voice is distinctly contemporary, full of endearing snark and self-deprecating wit... Put this in the hands of Rick Riordan Presents fans

The Bulletin of the Center for Children's Books

Its setting of a fantastical, solar-powered Egypt complete with solar chariots and kiteboards is original. Solid and earnest. 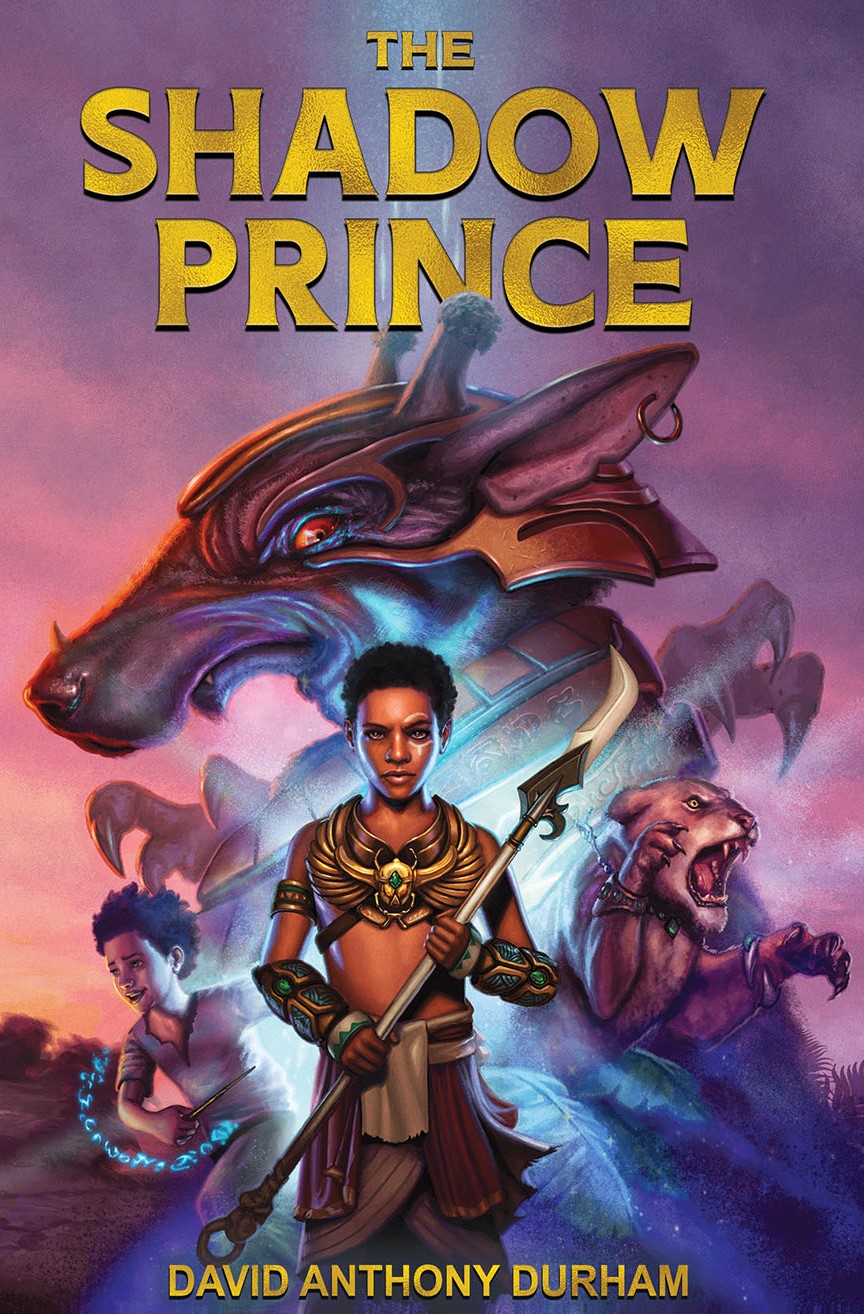