The Man Who Broke Capitalism

How Jack Welch Gutted the Heartland, Widened the Wealth Gap, and Crushed the Soul of America — and How to Undo his Legacy.

New York Times reporter and “Corner Office” columnist David Gelles reveals legendary GE CEO Jack Welch to be the root of all that’s wrong with capitalism today and offers advice on how we might right those wrongs.

In 1981, Jack Welch took over General Electric and quickly rose to fame as the first celebrity CEO. He golfed with presidents, mingled with movie stars, and was idolized for growing GE into the most valuable company in the world. But Welch’s achievements didn’t stem from some greater intelligence or business prowess. Rather, they were the result of a sustained effort to push GE’s stock price ever higher, often at the expense of workers, consumers, and innovation. In this captivating, revelatory book, David Gelles argues that Welch single-handedly ushered in a new, cutthroat era of American capitalism that continues to this day.

This powerful book shows why GE and so many companies run by Welch’s disciples have badly stumbled, along with Welch’s reputation.

A vigorous argument for a more humane capitalism.

Full of color and vitriol, this is an incisive, eye-popping history.

a must read for anyone who wants to say goodbye forever to a toxic chapter of American capitalism.

a compelling indictment of short-termism” and “an indispensable read for our time.

A vigorous argument for a more humane capitalism. 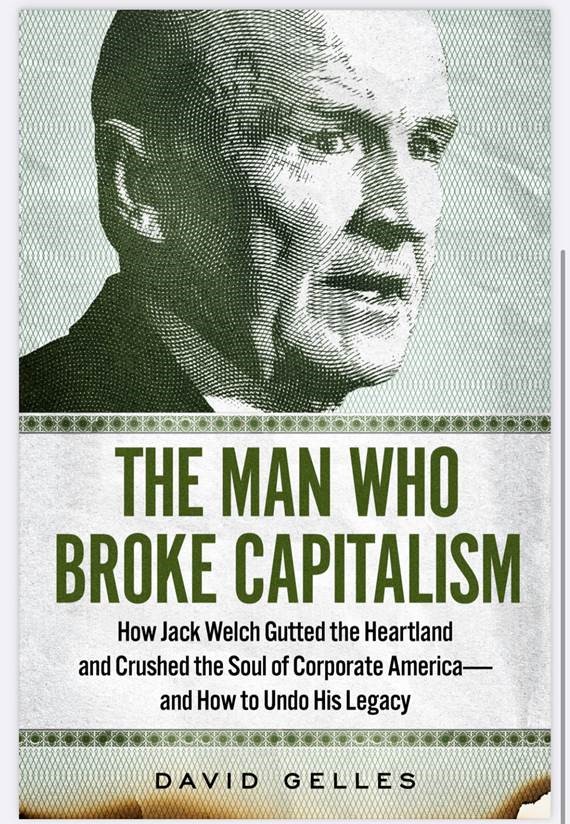