View PDF
BIFA Most Promising Newcomer
film
Role Jamal
Director Danny Boyle
Production Company Celador Films
Dev Patel received a BAFTA nomination for Best Actor for his performance in Slumdog Millionaire and the film went on to receive seven BAFTAs in total at the 2009 Awards ceremony. The film swept the board at the Oscars, receiving eight awards in total including Best Picture and Best Director. Slumdog Millionaire also received the Outstanding Performance by the Cast of A Motion Picture Award at the Screen Actors Guild Awards in LA in January 2009.

Further awards and nominations include: 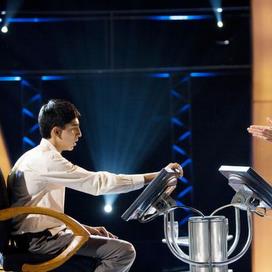