Africa Is Not a Country

So often Africa is depicted simplistically, purely consisting of arid red soil, and hosting nothing but safaris and famines. In Africa Is Not A Country, Dipo Faloyin corrects this view, creating a fresh, realistic and comprehensive view of the continent.

By turns intimate and political, Dipo examines the complex urban life of Lagos and the lively West African rivalry over who makes the best jollof rice, before giving us the story of democracy in ten dictatorships, and the colonial foundation of the nations that make up modern Africa, many of which are still younger than your grandparents. We learn about the dangers of white saviours and the cultural significance of Aunties, and Dipo tells us where citizens of several African countries need to travel to visit their own cultural artefacts — 90% of which are in museums outside the continent. We immerse ourselves in the energy and fabric of many different cultures and communities as Dipo shows his deep love of the region — as a concept, as a promise and as a reality.

An invigoratingly original work, Africa is Not a Country tells the real story of the world’s second biggest continent, pushing back against stereotypes through an eclectic range of subjects, in warm and evocative prose.

Africa Is Not A Country will be published in the UK by Harvill Secker in June 2022. 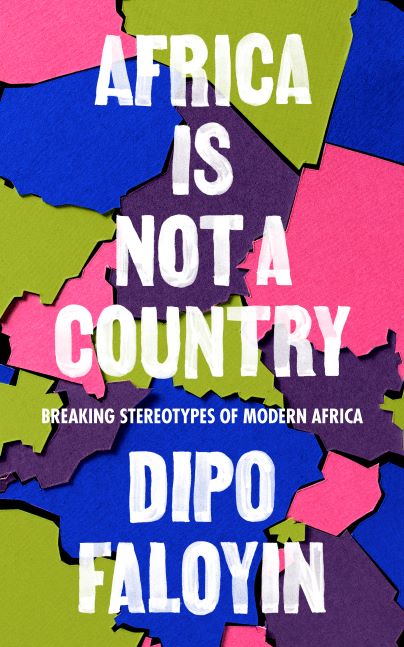