No one has ever been more frank, lucid, rueful and entertaining about growing up gay in Middle America than Edmund White. Best known for his autobiographical novels, White takes the fiction out of his story and delivers the facts in all their shocking and absorbing verity.

From an adolescence in the 1950s, an era that tried to 'cure' homosexuality, he emerged into a 1960s society which re-designated his orientation as 'acceptable (nearly)'. He describes a life touched by psychotherapy in every decade, starting with his flamboyant therapist mother who demanded that he be her own personal test case. In "My Lives", White also shares his enthusiasm for England, his passion for Paris, and introduces us to his friends and lovers, past and present. His striking and eloquent opinions on art and life make this a spectacular read, by turns moving and hilarious, outrageous and enlightening.

Helen Manders manages the translation rights for My Lives

A vital and engrossing book… His account of himself is clear, humorous, never coy... a remarkable book

White delivers more on sex than any other subject, but there's plenty more in these gracefully written pieces to engage the intellect, the emotions and even that part of us that responds to name-dropping. For a Princeton professor, White gets around.

Sexually explicit, rich in language, an open and unafraid self-estimation. 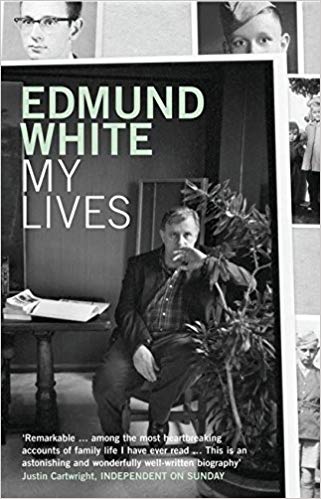