Rapunzella, Or, Don't Touch My Hair

A genre-bending YA that weaves together inner-city life and a wildly dangerous fairytale universe.

Rapunzella is imprisoned in an enchanted forest made of her own Afro and the might of the evil King Charming seems unstoppable. But is it? Can Rapunzella use her power to change the future?

You're fifteen, you spend your time at school and at Val's hair salon with Baker, Val's son, who has eyes that are like falling off a cliff into space. The salon is a space of safety, but also of possibility and dreams... Dreams of hair so rich and alive that it grow upwards and outwards into a wild landscape, becomes trees and leaves, and houses birds and butterflies and all the secret creatures that belong in such a forest.

Is there a future where such possibility and power is more than just a dream?

Ella McLeod's debut merges poetry and prose in a stunningly lyrical, heart-piercingly honest exploration of a teenager coming into her power as a young woman.

Scholastic Inc manages the translation rights for Rapunzella, Or, Don't Touch My Hair

The audio rights are handled by Sophia MacAskill (Audio & Podcasts). 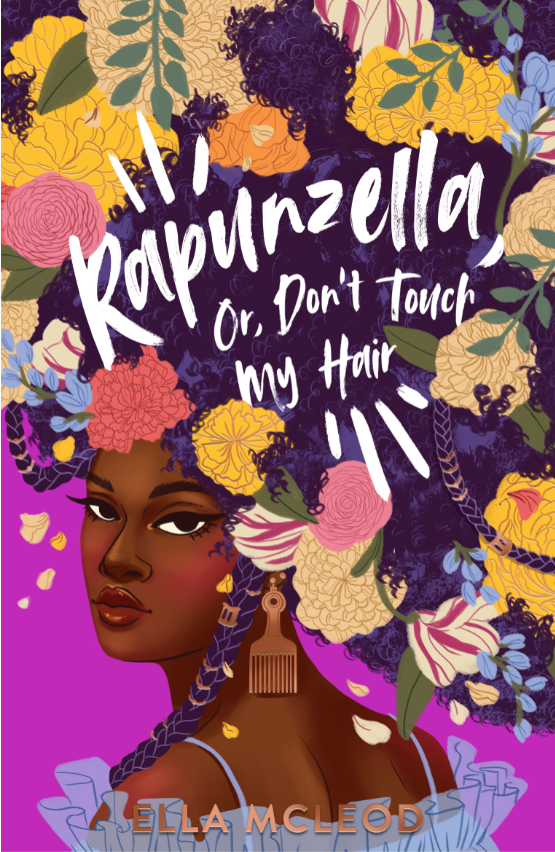