View PDF
film
Role Maneer
Director Andy De Emmony
Production Company BBC Films
West Is West, the sequel to the award-winning East is East, is the coming of age story of the youngest member of the dysfunctional Khan family, the 13 year old Sajid.

Tormented by racist bullies in school and plagued by his domineering father George's (Om Puri) demands to abide by Pakistani tradition, Sajid spends his days bunking off school and hanging around Salford shopping centres shoplifting for kicks.

In a final attempt to make a good Muslim and a good son of him, his father decides to pack Sajid off to Mrs Khan No 1 and family in the Punjab, the wife and daughters he had abandoned 30 years earlier. Resolved to teach Sajid a lesson, the tables are turned on George when he comes face to face with his own transgressions, and realizes that it is he himself who has much to learn. 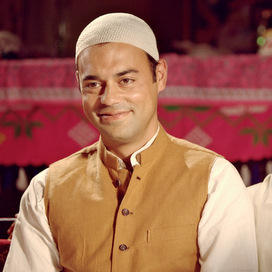