The Body Double tells the story of a young woman who gets recruited from her dead end job at a small town movie theater by a mysterious stranger, who offers her an odd and lucrative position. She will give up her old life, her acquaintances, even her name, and move to Los Angeles, where she will become the body double of a reclusive star named Rosanna Feld. A nervous breakdown has forced Rosanna out of the public eye, and she needs a look-alike to take her place in the tabloid media circus of Hollywood.

Overseen by Max, who hired her for the job, our nameless narrator spends her days locked up in a small apartment in the hills watching hidden camera footage of Rosanna, wearing Rosanna’s clothes, eating the food Rosanna likes, practicing her mannerisms, even getting plastic surgery so that she resembles her perfectly. But as she makes her public debut as Rosanna, she starts to experience a strange slippage in her identity. Where does she end and Rosanna begin? What really caused Rosanna’s mental collapse? And is Max, her only connection to her past self, truly her ally, or something more sinister?

The Body Double has echoes of Marisha Pessl’s Night Film, and of Ingmar Bergman’s classic film Persona—if you relocated it to the moody Los Angeles dreamscape of David Lynch. In prose at once lushly transporting and creepily suspenseful, Beyda explores the ways in which the line between the self and its public presentation grows ever more blurry, and the aspirational lure of fame ever more potent.

Claire Nozieres manages the translation rights for The Body Double

The Body Double is well executed, its climax lush and operatic. As she meets her fate with slow-burning horror, the unnamed woman fades like a ghost in a haunted house, its rooms as hollow as the empty promise of stardom. A nightmarish and unsettling story.

The Body Double is a deft, dark, and surprisingly unusual Hollywood story, cinematic in both story and in style. Beyda's confident debut is both assured and unsettling. It's a noir, sure, but so much more—a tale for our times about the dangers of artifice, identity, and fame.

This is the book your mother warned you about.

Compelling and provocative and fiercely intelligent. Emily Beyda's writing is a thrill.

Jennifer duBois
Author of 'Cartwheel' and 'The Spectators'

The Body Double is an epic read and Emily Beyda is a thrilling writer. Fame, beauty, youth, and artifice have rarely been mined for such narrative gold. Fantastic in every sense of the word.

Elisa Albert
Author of 'After Birth'

This auspicious debut will get under the reader’s skin and stay there.

Emily Beyda spins gorgeous prose around the black hole at the center of "The Body Double." An existential thriller that vibrates at the uncanny pitch where screaming might be laughter, and a haunting portrait of a young woman as she disappears into the sinkhole of the camera. The Narcissus-funhouse of Hollywood, the moonlit windows of Los Angeles, the two-way mirror of consciousness--Beyda arrows directly for the crack in the glass. 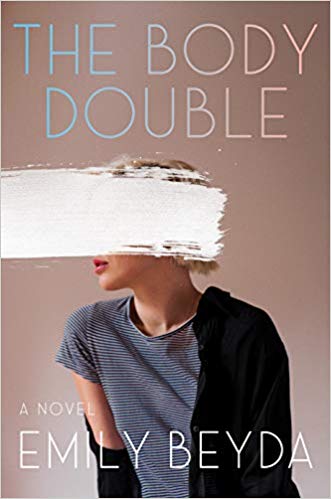