The Dragonfly Pool is an enchanting tale of friendship and determination during the Second World War.

Tally Hamilton is furious to hear she is being sent from London to a horrid, stuffy boarding school in the countryside. And all because of the stupid war. But Delderton Hall is a far more interesting place than Tally ever imagined, and an exciting school trip to the beautiful and luscious kingdom of Bergania whisks Tally into an unexpected adventure . . . will she be able to save her new friend, Prince Karil, before it's too late?

Roxane Edouard manages the translation rights for The Dragonfly Pool

A new book by Eva always lifts the spirits. She understands how children might be inspired and nourished, and she delights in nature, friendship, honesty and liberty. 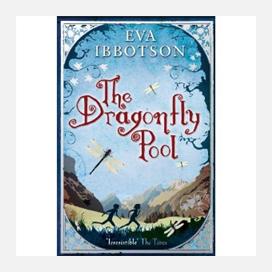