Comedy Blap: Lives of the Infamous

The extraordinary life story of Adam and Dunhill Wanger, twin brothers who ruled London's murky underworld during the 1960s; dabbling in the world of pop music before being brought to heel by a Scotland Yard police sting.

Told through archive footage and interviews with those who knew them best, this definitive tale of the infamous Wanger twins was written and performed by David Crow, Jim Howick and Oliver Maltman, produced by James Dean for Big Talk, and guest stars Jim Broadbent. 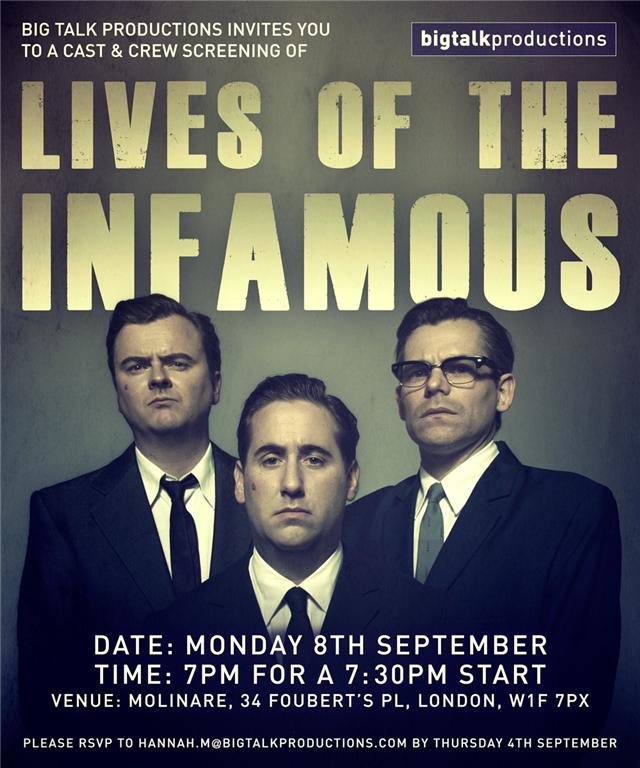