The series, produced for BBC Northern Ireland by Green Inc, was recorded in front of an audience at The Craic Theatre, Coalisland. It features Diarmuid performing brand new stand-up material covering a wide and varied range of themes; from his theory on how some of Northern Ireland’s towns got their names, to the downright dangerous nature of modern male grooming,

On each programme, Diarmuid's stand-up comedy sits alongside comedy sketches, as he brings to life a range of original character creations – recognisable, risqué, surprising and in situations reflective of modern life in Northern Ireland and beyond. 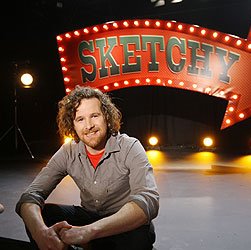