I is a Long-Memoried Woman

Commonwealth Poetry Prize Winner 1983, first published in 1985 to international acclaim, the first Caribbean female poet to have done so. This book has now become a Modern Classic, the subject of many theses around the world, anthologised in 40 collections in Australia, Britain, Canada, Ghana, New Zealand, Nigeria, South Africa, USA, Venezuela among others. it has been made into a Channel 4 Tv film and a BBC Radio play, held at the National Sound 'Archives and is a GCSE literature option in the UK. Nichols charts the emotional and spiritual development of an unnamed African-Caribbean woman who recalls multivisioned memories of the slave trade, of European cruelty, of African complicity, of rape, of infanticide, of back-breaking plantation work, of sensuality and sexuality, of self-pride in woman/motherhood, of a reawakened and recommitted consciousness of direction, purpose and destiny. ' 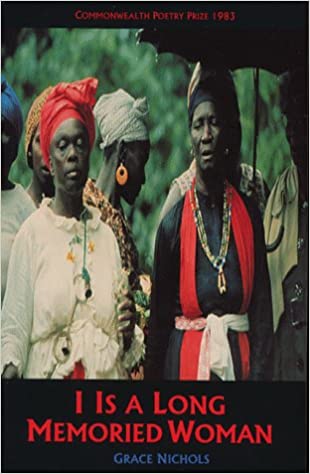