View PDF
tv
Role Viserys
Director Tom McCarthy
Production Company HBO
Based on George R. R. Martin’s series of novels A Song of Ice and Fire, Game of Thrones is an epic fantasy narrative. It chronicles the violent dynastic struggles between the noble families of Westeros, each battling to secure the Iron Throne. The series has been described as The Wire crossed with Lord of the Rings.

Harry plays Viserys Targaryen, the only surviving son of the former King Aerys, who now finds himself in exile. Determined to win his place on the Iron Throne, Viserys will stop at nothing to achieve power, willing even to sacrifice his own sister Denerys to do so.
Media
Reviews
Harry Lloyd makes a great, villainous deposed king. Phelim O'Neill
The Guardian 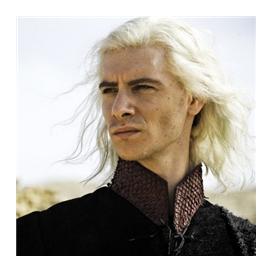