Harry plays Herbert Pocket, a rather dandyish young chap, who is amongst Miss Haversham's presumed heirs. He first meets Pip (played by Douglas Booth) as a "pale young gentleman" and challenges him to a fistfight, but in time the two become firm friends. 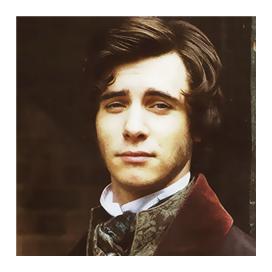