Harry plays Dennis Thatcher, a role taken up later in the film's chronology by Jim Broadbent, in the days of his early courtship and subsequent marriage to Margaret. 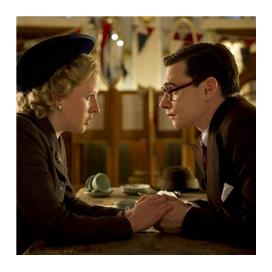