View PDF
Nominated for Best New Play, Olivier Awards, 2011
theatre
Role Alex
Director Jamie Lloyd
Garrick Theatre
The Little Dog Laughed is a hilarious Hollywood satire that ridicules the movie business’ hypercritical attitude towards sex. It tells the story of Michael, a promising young actor, and his struggle to publicly reveal his homosexuality against all opposition.

Harry plays Alex, the rent boy with whom Michael falls in love.
Media
Reviews
Smart, tart and bang on the money. Charles Spencer
The Telegraph
The reluctant male hustler [is] played with a witty, winning sensitivity by Harry Lloyd Paul Taylor
The Independent
Rupert Friend and Harry Lloyd - who spend a lot of time parading around in just their briefs - forge a beautifully tentative, truthful portrait of their relationship Mark Shenton
The Stage 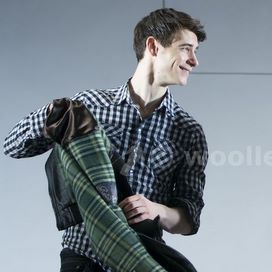