Colourless Tsukuru Tazaki and His Years of Pilgrimage

Narrated in the third person, the novel centers on a devastating emotional betrayal and its consequences. Tsukuru Tazaki belongs to a tight-knit group of five friends in high school—three boys and two girls who form a perfect circle they imagine will stay together forever. But when Tsukuru returns home from college in Tokyo, he finds himself inexplicably rebuffed by the group. Something has changed, but nobody, not even his closest friends, will tell him what.

Years later, Tsukuru, now a successful engineer, begins dating an older woman named Sara and confesses to her the shadow this betrayal has cast over his life. Sara urges Tsukuru to tryto find his old group and to try to solve the mystery that has haunted him all these years: why did they suddenly turn on him?

On a quest to discover the truth, Tsukuru travels back to meet his old friends—with the exception of Shiro, the group’s most volatile and psychologically unstable member, who he learns was strangled to death in an unsolved murder six years ago. As the dark truth about Shiro reveals itself, Tsukuru must confront the simmering emotional undercurrents that the group had suppressed in order to reach their ideal of perfect friendship.

Can love overcome isolation? Is it possible to truly reach another person? Can buried emotions ever really stay buried? And will confronting the past allow Tsukuru to finally open himself up to the future?
Rights

Another tour de force from Japan’s greatest living novelist.
Kirkus Starred Review Full Review
All the author's signature flourishes are here [...] it would be a great shame if, as with Updike, the words "Nobel prize" ultimately appear only in his fiction rather than his CV. Mark Lawson
The Guardian 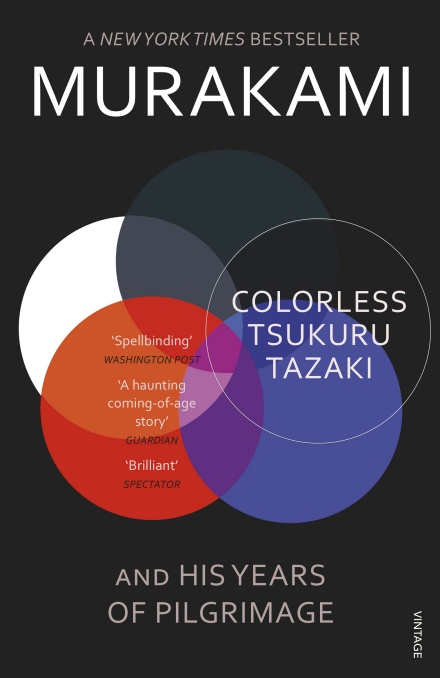