Hear the Wind Sing and Pinball, 1973 are Haruki Murakami’s earliest novels. They follow the fortunes of the narrator and his friend, known only by his nickname, the Rat. In Hear the Wind Sing the narrator is home from college on his summer break. He spends his time drinking beer and smoking in J’s Bar with the Rat, listening to the radio, thinking about writing and the women he has slept with, and pursuing a relationship with a girl with nine fingers.

Three years later, in Pinball, 1973, he has moved to Tokyo to work as a translator and live with indistinguishable twin girls, but the Rat has remained behind, despite his efforts to leave both the town and his girlfriend. The narrator finds himself haunted by memories of his own doomed relationship but also, more bizarrely, by his short-lived obsession with playing pinball in J’s Bar. This sends him on a quest to find the exact model of pinball machine he had enjoyed playing years earlier: the three-flipper Spaceship.

Murakami obsessives are in for a treat. All the hallmarks of Murakami are here at their genesis, including his seemingly simple style, which he describes in an indispensable foreword... Elegiac, ambient, and matter-of-fact in their strangeness, these two novels might leave casual readers wondering what all the fuss is about. But for the rest of us, this may be the ultimate bit of Murakami arcana, both elevating his other books... and serving as two excellent, though fragile, works in their own right.

[B]oth books have that unique blend of melancholy and beauty that Murakami manages so well; they are mysterious, moreish, but also mannered and incomplete... they mark the value of legacy, are striking even in their formative, flawed states, and clearly show a writer of innovation emerging and developing his formidable talent.

Two perfectly shaped novellas, as experimental and pleasantly offbeat as they are easy to enjoy

[S]hort but by no means slight... a fresh, heart-warming dose of the Japanese master.

What establishes these two novellas as quintessential Murakami are not just the themes of isolation and loneliness that will characterise many of his later works, nor their colloquial style that positions them firmly in the familiar territory of classic American coming-of-age novels. It's that both stories hint at the unique, postmodern blend of the real and the surreal, the quotidian and the allegorical for which Murakami would later become famous.

Though these stories—two of the so-called Rat Trilogy—are more than 40 years old, marking the very beginning of Murakami’s career, they are full of trademark turns... it’s interesting to see hints of the masterly novels to come in these slender, pessimistic tales. 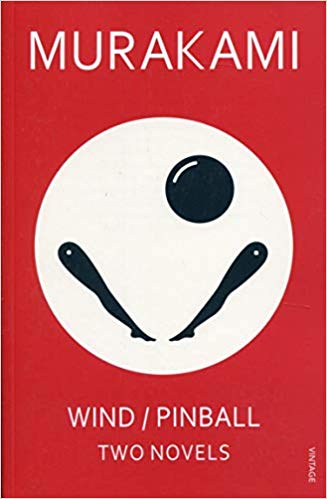