It should be the best of times. In the walled and many-towered Republic of Urbs-Ludus, property-development proceeds apace; there is no shortage of high-rise hotels, spas, casinos and other idle entertainment to fill the populace with wonder. But all is not well in the palace of the Golden Gates where Prince Fracassus, the future leader on whose shoulders his father's hopes and the Republic's future rest, passes his boyhood watching reality shows on television, imagining himself to be the hero of violent movies, and looking up his tutor's skirts. He has no manners, no curiosity, and few words. As his parents wonder what boastful dunce of would-be depravity they have given birth to - and were it not for his custard coloured hair would question whether Fracassus was theirs at all - the population grows restive. The cost of living is rising as quickly as the skyscrapers. There are too many foreign bread makers in the city. The people are hungry for inspired leadership.

Desperate times require desperate measures, so Fracassus is sent abroad to complete his education. His parents are resigned to his never having words to express himself, or indeed anything to express, but travel might at least broaden his prejudices. After a whirlwind journey encompassing meetings with world leaders practised in the art of never saying what they mean, macho celebrity dictators, hookers, beauty contests, twitter and terrorism, Fracassus returns eager to make the Republic great again. But does he have what it takes to defeat his opponent - a feminist who campaigns in trouser suits, has not only read a book but has written one, and speaks in words of more than one syllable? Is Fracassus stupid enough to be the people's choice?

A satire in Swiftian vein, this is Howard Jacobson’s fifteenth novel and first hand grenade...It has all the qualities of a fleet response: undigested rage, whip-smart wit devastating fluency and an aim as straight as an arrow...This is the story, savagely well told by our greatest comic novelist, of how we got in the state we're in.

The pairing of author and subject sounds divinely ordained: The world's smartest comic novelist vs. a TV reality star who ran for president while bragging about his genitals.

This is top-class writing, disguised in the form of a satirical jeu d'esprit… It is, to quote the title of Jacobson’s own study of comedy, Seriously Funny.

Jacobson is… on target and deliciously laugh-aloud nasty about not just the making of this rough beast but what in the American character enabled it to go slouching into the White House.​​

The book brilliantly portrays a world in which language and the complexity of ideas that it can convey has been devalued…The novel hurtles breathlessly through a bildungsroman of the young prince from “baby celebrity” to idling away his boyhood watching reality TV shows, to becoming a young man fantasising about prostitutes and being a Roman emperor, to the moment he runs for election… Fascinating.

There are many aesthetic pleasures to be had in Pussy. If Trump’s presidency is a source of continuing anxiety, then among its very few benefits is that it has moved one of our finest comic writers to write elegantly savage satire.

For anyone thinking that Pussy is a comic novel, beware: the book is relentlessly unfunny. But this should not be taken as a criticism; rather, recognition of just how creepily well realized and bleak Jacobson's vision of the Trump phenomenon turns out to be...It also captures, with chilling accuracy, the way Trumpism is a reflection of the post-literate world we increasingly inhabit.

Howard jacobson's reaction to the recent US election is viciously sharp, and almost too close to the bone to be funny...A seething little nugget of a book.

This is all-out political satire, a punchy attack on President Trump. 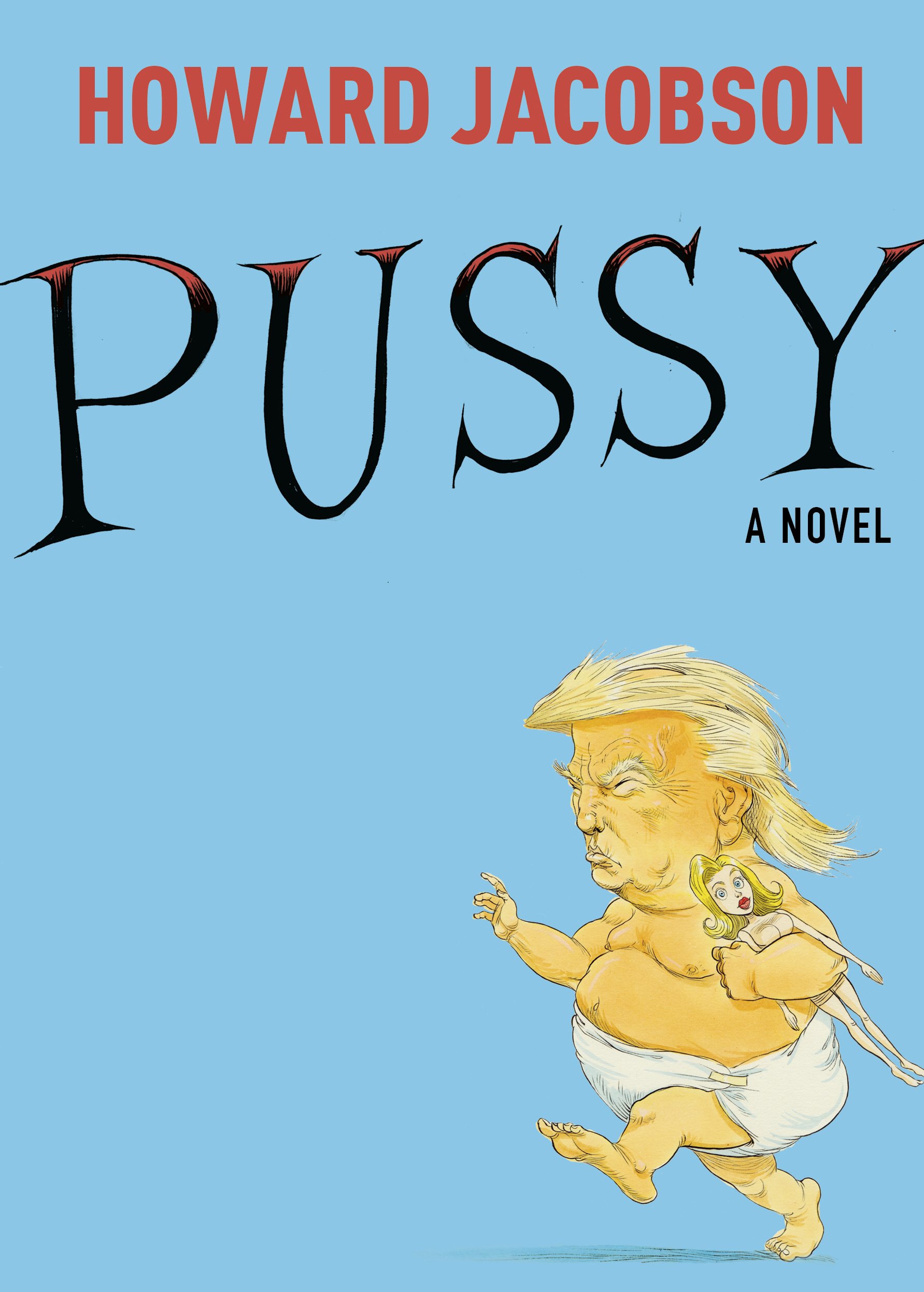