Karl Leon forelock is a product of the northern English town of Partington (the wettest spot in Europe) and a graduate with a double starred first in Moral Decencies from Malapert College, Cambridge.

Sent to Sydney on a CIA bursary on a mission to teach the Australians how to live, Leon quickly discovers that there are some natives who believe that they have an education to pass on in return.

But it is at the hands of the women in Australia that Leon receives his most painful, and on occasions his most pleasurable, lessons.

Meanwhile, in a foul, dilapidated bush privy, way up in the Bogong high plains, the Redback sucks her teeth and waits her turn...

It makes one laugh... and that is a gift above rubies. Financial Times

The most dangerously funny writer in the English language. The Sunday Times 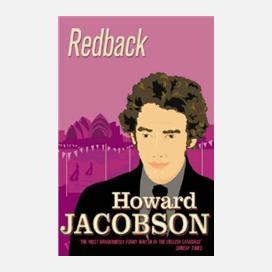