Chitty Chitty Bang Bang and the Race Against Time

‘We need to get as far away from that T-Rex as possible’, said Dad.It was a sentence he had never expected to say... and something the Tootings never expected to hear. But then again they didn’t think that Chitty Chitty Bang Bang would get stuck in reverse – stuck reversing through time, that is – until she hit the big, scaly feet of a very hungry dinosaur.

Can Chitty get them out of there before they become T-rex takeaway? And, if so, where (or rather when) will the magical car take them next? 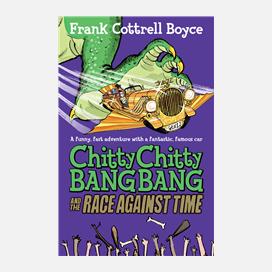