Harry Potter and the Cursed Child

Jamie Ballard is The Merchant of Venice 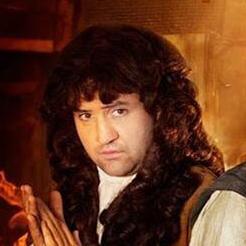 The Great Fire blazes onto ITV

Jamie Ballard is simply extraordinary in (and as) Uncle Vanya. Voted by the Guardian as one of the “ten best Hamlets ever”, Ballard is an absolute revelation as a man whose entire life has been dictated to and shaped by other people’s, whether it be the death of his sister, an unrequited love, or his supercilious brother-in-law. Vanya is one of life’s great losers, and Jamie Ballard not so much plays the part as inhabits it.