US → Pocket Books Inc
UK → Hodder and Stoughton
Paul Schumann is a mobster hitman known equally for his brilliant tactics and for taking only 'righteous' jobs. When a hit goes wrong and Schumann is nabbed, he's offered a stark choice. He can travel to Berlin and kill the man behind Hitler's rearmament scheme, and walk free forever. Or be sent to the electric chair.

The instant Paul sets foot in Berlin, his mission goes awry. For 48 hours, as the city prepares for the coming Olympics, Schumann stalks Reinhardt Ernst while a dogged criminal police officer and the entire Third Reich apparatus search frantically for the American.

Danger and betrayal lurk everywhere. It's a cat-and-mouse chase, with Schumann both cat and mouse, and a man who thinks he has nothing to lose...

Packed with fascinating period detail and featuring a cast of perfectly realised characters, Garden of Beasts delivers breathtaking action, a wrenching look at Nazi-era Berlin, and Jeffery Deaver's most stunning series of surprises yet.
Rights

Sophie Baker manages the translation rights for Garden of Beasts 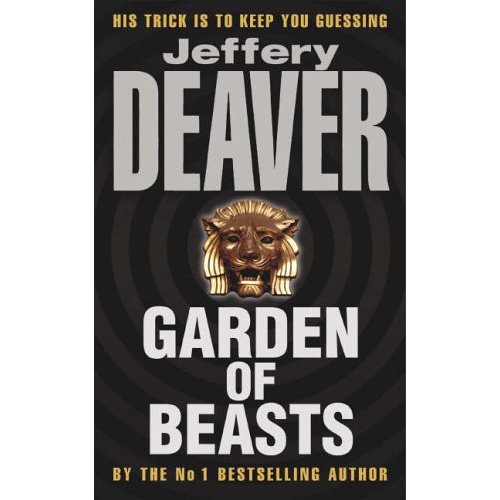