US → Pocket Books Inc
UK → Hodder and Stoughton
The first in the Location Scout crime series: after a savage murder, John Pellam is suddenly centre stage in an unfolding drama of violence, lust and conspiracy.

Location scouting is to the film business what Switzerland is to war.

John Pellam had been in the trenches of filmmaking, with a promising Hollywood career - until tragedy sidetracked him. Now he's a location scout, travelling the country in search of shooting sites for films. When he rides down Main Street, locals usually clamour for their chance at fifteen minutes of fame.

But in a small town in upstate New York, Pellam experiences a very different reception. His illusionary world is shattered by a savage murder, and Pellam is suddenly centre stage in an unfolding drama of violence, lust and conspiracy in this less-than-picture-perfect locale.
Rights 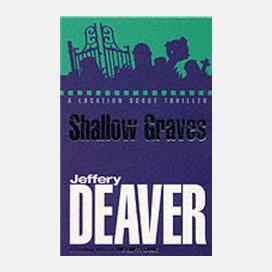