US → Simon & Schuster
UK → Hodder and Stoughton
Cold Moon entered the New York Times bestseller list at number five on publication. It was named the Book of the Year by the Mystery Writers Association of Japan, as well as by Kono Mystery Wa Sugoi magazine. In addition, the Japanese Adventure Fiction Association awarded the book their annual Grand Prix award.

A roller coaster of a thriller that pits Lincoln and Amelia Sachs against time itself.

On a freezing December night, with a full moon hovering in the black sky over New York City, two people are brutally murdered -- the death scenes marked by eerie, matching calling cards: moon-faced clocks inves-tigators fear ticked away the victims' last moments on earth. Renowned criminologist Lincoln Rhyme immediately identifies the clock distributor and has the chilling realization that the killer -- who has dubbed himself the Watchmaker -- has more murders planned in the hours to come.

Rhyme, a quadriplegic long confined to his wheelchair, immediately taps his trusted partner and longtime love, Amelia Sachs, to walk the grid and be his eyes and ears on the street. But Sachs has other commitments now -- namely, her first assignment as lead detective on a homicide of her own. As she struggles to balance her pursuit of the infuriatingly elusive Watchmaker with her own case, Sachs unearths shocking revelations about the police force that threaten to undermine her career, her sense of self and her relationship with Rhyme. As the Rhyme-Sachs team shows evidence of fissures, the Watchmaker is methodically stalking his victims and planning a diabolical criminal masterwork....

Indeed, the Watchmaker may be the most cunning and mesmerizing villain Rhyme and Sachs have ever encountered.
Rights

Sophie Baker manages the translation rights for The Cold Moon 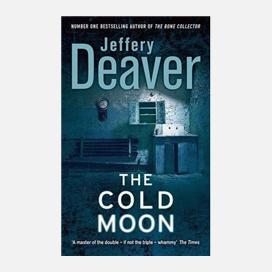