You can tell a liar by his eyes.

You can catch a killer by his smile.

In 1999, Daniel Pell murdered an entire family. Only one little girl survived, asleep in her bed and hidden by her dolls.

When Kathryn Dance interrogates Pell, he's serving a life sentence for the murders. Moments later he's on the run, a trail of death and mayhem in his wake.

To catch him, Dance must draw on every clue from their brief meeting. And her fear that they share a common aim: to find the girl they call the Sleeping Doll...
Rights

Sophie Baker manages the translation rights for The Sleeping Doll 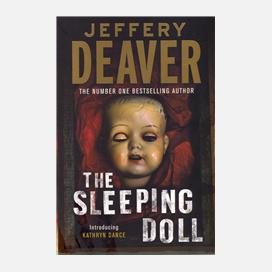