US → Simon & Schuster
UK → Hodder and Stoughton
A high-school girl in Harlem, Geneva Settle, is the target of a ruthless professional killer — Thompson Boyd — who has been hired to murder her for reasons unknown. His first attempt, in a deserted museum early one morning, is a failure but it's clear to Lincoln Rhyme that he's going to strike again, from clues the killer leaves behind, one of which is the twelfth card in the tarot deck, The Hanged Man, whose meaning resonates eerily throughout the story.

Assisted by Fred Dellray, Mel Cooper and Lon Sellitto (suffering from a severe case of shattered nerves due to a near miss by the killer), Rhyme and partner Amelia Sachs work frantically to learn who the hit man and his partner are and when they will strike next, all the while trying to crack a very "cold" case: Rhyme believes that Geneva may have been targeted because of a paper she's writing about her ancestor, Charles Singleton, a former slave who was instrumental in the civil rights movement in the 1860s, but who was arrested for theft and disgraced.

In his correspondence Charles wrote about a "secret," that could have tragic consequences if revealed. This secret, which Rhyme is convinced will provide the key to why Geneva is in danger, revolves around some mysterious doings in the area known as Gallows Heights, a neighborhood on the Upper West Side of Manhattan that in the 1860s was a tense mix of wealthy financiers, civil rights leaders, political crooks like Boss Tweed, and working-class laborers and thugs. What was the truth behind the crime Charles was accused of? And what was his secret? Does it have to do with stolen gold? Or does it have a far broader implications?

Other complications keep the pot boiling: Rhyme is struggling through extensive therapy; will it have any effect on his quadriplegic conditions? And fiercely independent Geneva Settle battles both the killers and her protectors to maintain order in her life so that she can escape from Harlem to college and Europe as soon as possible.
Rights

Sophie Baker manages the translation rights for The Twelfth Card 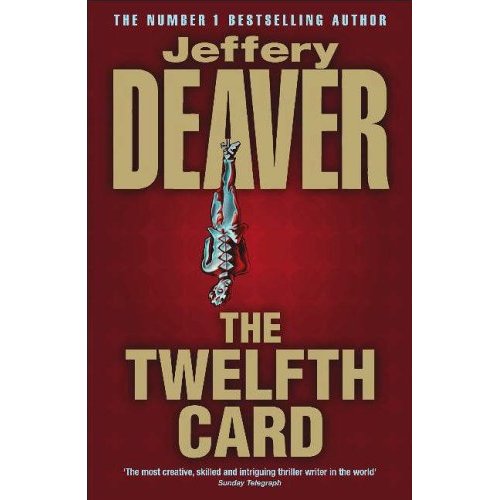