Winner of a 2017 Whiting Award for fiction

Handing out clean needles to drug addicts, she falls for a recipient who proceeds to break her heart in unimaginable ways. She decamps to Taos, New Mexico, for a fresh start, where she finds a community of seekers and cast-offs. But they all have one or two things to teach her: the pyjama-wearing, blissed-out New Agers, the slightly creepy client with peculiar tastes in controlled substances, the psychic who might really be psychic.

Always just under the surface are her memories of growing up in a chaotic, destructive family from which she’s trying to disentangle herself.

The story of her journey toward a comfortable place in the world and a measure of self-acceptance is psychologically acute, often surprising, and entirely human.

Beagin's work has been compared to Denis Johnson, which is high praise indeed, and totally deserved based on this smart, funny, darkly profound debut.

This novel had me rooting for its protagonist, Mona, 23 and cleaning houses to get by as she tries to figure her life out, from the very beginning…one of the most moving novels I’ve read all year.

Pretend I'm Dead by Jen Beagin is like one of those old-fashioned classics ... This book invaded my dreams, took over my conversation, and otherwise seduced me totally.

Jen Beagin has one of the freshest voices I've read in years - funny, wise, whip-smart and compassionate. I tore through Pretend I'm Dead with a deep sense of affection for all of its beautifully flawed characters and their bittersweet lives.

Jami Attenberg, author of The Middlesteins

One of the most anticipated literary debuts of the year ... Pretend I’m Dead traces a cleaning woman’s journey to self-acceptance in alternately warm, sharp, and deeply wise fashion.

[A] sly, funny, compassionate voice. This is a terrific debut. Singularly enjoyable.

It's dark stuff, to be sure, but Beagin's prose is ultimately breezy and scathingly funny.

Beagin's debut is grungy and ribald, melancholic and funny. Throw in a little wisdom, schmaltz and a few useful housekeeping tips, and Pretend I'm Dead delivers a real bang for the buck.

How can you resist a love story in which the object of desire is named Mr. Disgusting? Like Denis Johnson, Jen Beagin is able to find humanity and wonder (and yes, love) in some of the most forlorn and hopeless corners of our world

Tom Perrotta, author of The Leftovers

I am rollicking through Pretend I’m Dead by Jen Beagin, which is one of the funniest, most twisted and freshest things I’ve read in a long time.

With the clarity and vision of a more established writer, Beagin pieces together Mona’s past and, hopefully, her future. Wiping the floor with other, more hyped debuts this year, Pretend I’m Dead should clean up with readers and awards lists alike.

Unreliable, sharply observant and funny ... a journey of self-discovery in a way that is immediate and intriguing. 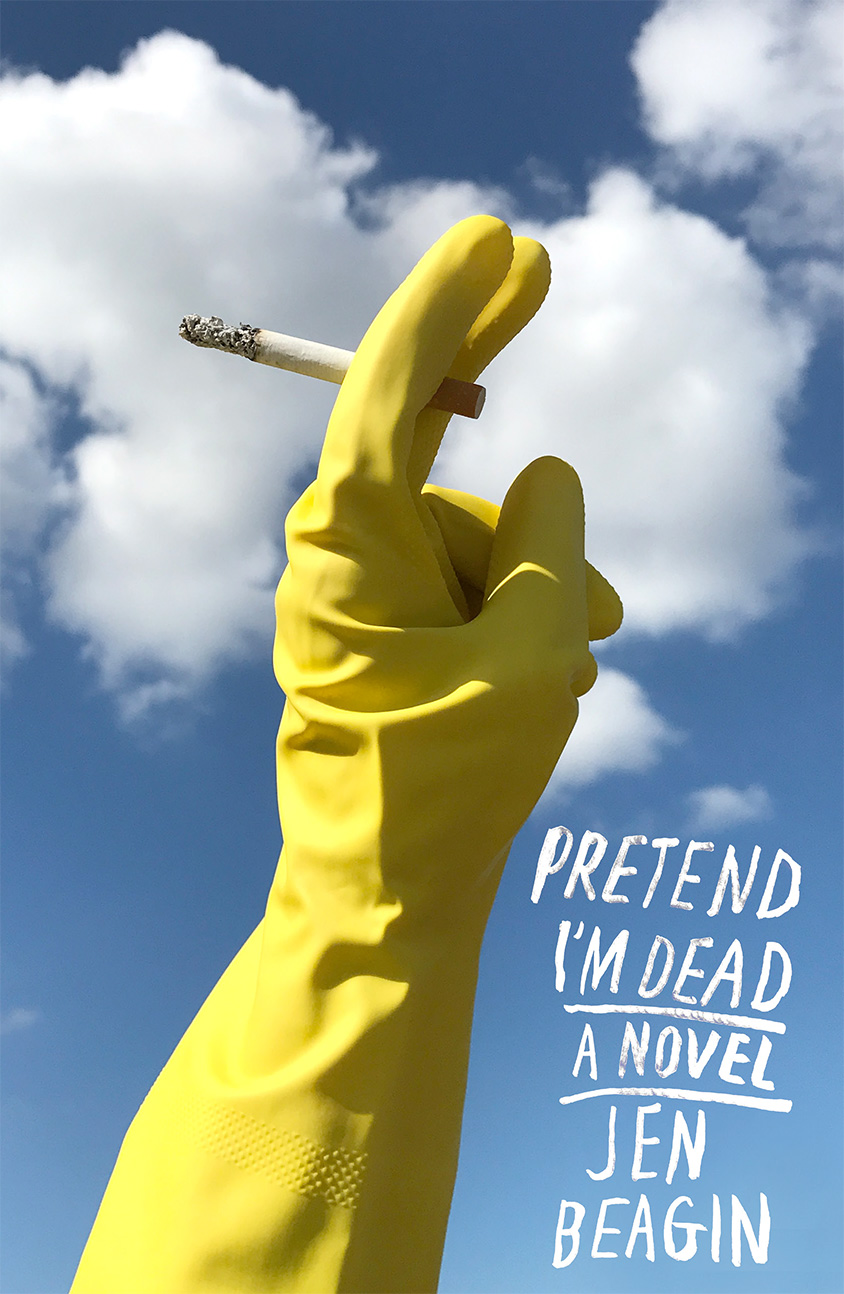