The Absence of War

It's now or never for George Jones. The charismatic leader of the Labour Party needs to get out of opposition and into Number Ten. Plagued by a hostile media, beset by divisions in his party and haunted by his own demons, George has three weeks to convince the Great British Public that he's their man. But how much compromise is he prepared to make? How can you truly appeal to the man in the street from the House of Commons? And which tie should he wear for Prime Minister's Questions?

The Absence of War opened at Sheffield Crucible in February 2015 before embarking on a nationwide tour.


"What Hare’s play does pin down with great accuracy is the crying need for all politicians to project a sense of authenticity and for Labour, in particular, to offer the electors a vision of hope"

Michael Billington
The Guardian Full Review
The Absence of War **** 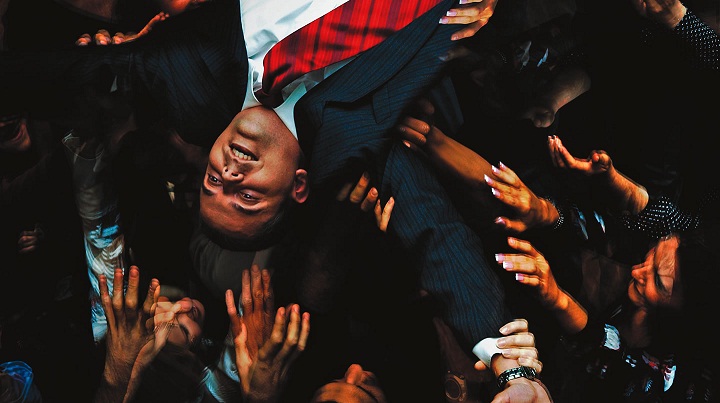