Wolf Hall & Bring Up the Bodies

Set in 1527, the plays tell the story of Thomas Cromwell's rapid and ruthless rise to power, as he enters the court of Henry VIII during the king's increasingly desperate attempts to produce a male heir and to annul his failed marriage.
Media
Reviews
On Bring Up the Bodies: I am not the only one who left this double day, after six hours and two plays, saying that if Hilary Mantel had yet written the third – and Poulton and Herrin presented it - we would willingly have stayed till dawn. Libby Purves
theatreCat
the unflagging power and fascination of Jeremy Herrin's fleet, incisively acted production... a double-bill that must surely have a long life beyond Stratford. Paul Taylor
The Independent
splendidly entertaining and deeply touching... Jeremy Herrin’s fleet staging, with gorgeous costumes and a raft of strong supporting performances grips almost throughout Charles Spencer
The Telegraph
Wolf Hall/Bring Up the Bodies, Swan Theatre, Stratford
a bold, unforgettable lesson in history and politics. Dominic Maxwell
The Times Full Review
On Wolf Hall: The adaptation is served by a very strong production from Jeremy Herrin. He brings a simplicity and fluidity to the staging which serves the fast moving action very well. Simon Tavener
WhatsOnStage
On Bring Up the Bodies: Jeremy Herrin's assured direction is characterized by his clarity of focus and the elegant simplicity of the staging... I believe Poulton, Herrin and Hilary Mantel have produced something quite special here. Simon Tavener
WhatsOnStage
Superb!... A gripping, brutal tale Quentin Letts
The Daily Mail
I'd be amazed if such a great new work, bubbling with so much energy and quality, is not transferred to London. Peter Rhodes
Express & Star
two epic three-hour plays that, in Jeremy Herrin's RSC production, make for a gripping piece of narrative theatre... [his] production propels the action forward with superb economy Michael Billington
The Guardian
On Wolf Hall: I was enraptured... Herrin’s stagings, with never a sense of rush, makes pictures speak thousand words Libby Purves
theatreCat
Jeremy Herrin’s account of the two plays... has a taut intelligence, and a subtle awareness of the parallels between Tudor times and our own Jane Shilling
The Telegraph
director Jeremy Herrin bring to the familiar tale of doomed wives and religious convulsion a thrilling originality of psychology and storytelling Mark Lawson
The Guardian
The illuminated cross and ghostly revenants are simple, brilliant tactics, typical of Jeremy Herrin’s nimble, fluid and enthralling staging, that convey the reach of Hilary Mantel’s great novels, as well as the rough and tumble Sarah Hemming
Financial Times Full Review
Wolf Hall,’ the Stage Version, Untangles Tudor History With Relish


Mr. Herrin and Mr. Poulton craftily use the narrative urgency and immediacy of live theater to turn audiences into pleasurably guilty confidants.


Herrin uses moments of pageantry sparingly, making them all the more effective


Directed with blistering pace and guile by Jeremy Herrin 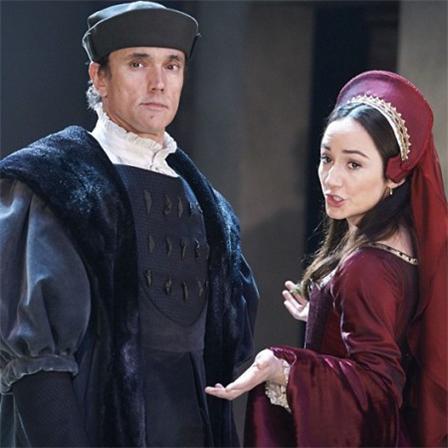