Roll up! Roll up! And gather round the Itinerant Music Hall: a rag-tag troupe of three delightful miscreants, they reel into town and tell you their tales of woe. Varsickle Tilley, Glass Eye and Piccadilly Johnny, refugees from the beginning of the new century, are on a journey to find their way back home - on an old upright honky tonk piano, strapped onto a bicycle.

The Itinerant Music Hall was originally commissioned by the Lyric Hammersmith and transferred to Watford Palace Theatre, GDIF and Latitude Festival, before touring in Summer 2014 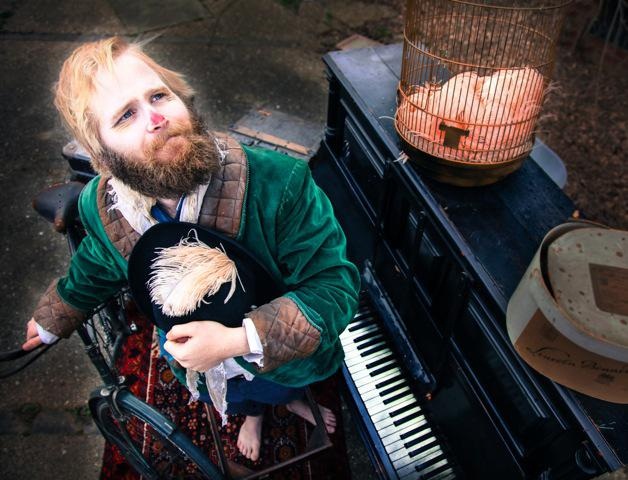