Producer Paul Schlesinger Starring
Production Company BBC Productions
Broadcaster BBC4
Twenty Twelve deals with such hot topics as how to phase the traffic lights across London to get people from west to east; who to sell the Taekwondo hall to after the event; what to do when protesters leave large quantities of horse dung on the doorstep in protest at the siting of the equestrian events, and how to cope with sportsmen who want to help but are just too dull.

From getting a busload of non-English speaking Brazilians from A to B, who to appoint to run the Cultural Olympiad and what to do when the much-vaunted wind turbines won't turn because there’s no wind, it’s all in a day’s work for the men and women whose job it is to stage the greatest sporting event in the world.
Media
Reviews

Alex Hardy
The Times Full Review
I was hooked anyway, by the mischief in John Morton's script and the beautifully nuanced performances of, in particular, Hugh Bonneville and Jessica Hynes Brian Viner
The Independent
Starring dazzling duo Hugh Bonneville and Jessica Hynes, this ­hilarious Olympic farce is must-see TV Kevin O'Sullivan
Mirror Full Review
a delightful window on how bureaucracy never really works...a splendid catalogue of nonsense. David Stephenson
Daily Express
the characterisation is so sharp and knowing, while the execution is all the better for its subtlety Simon Horsford
The Telegraph 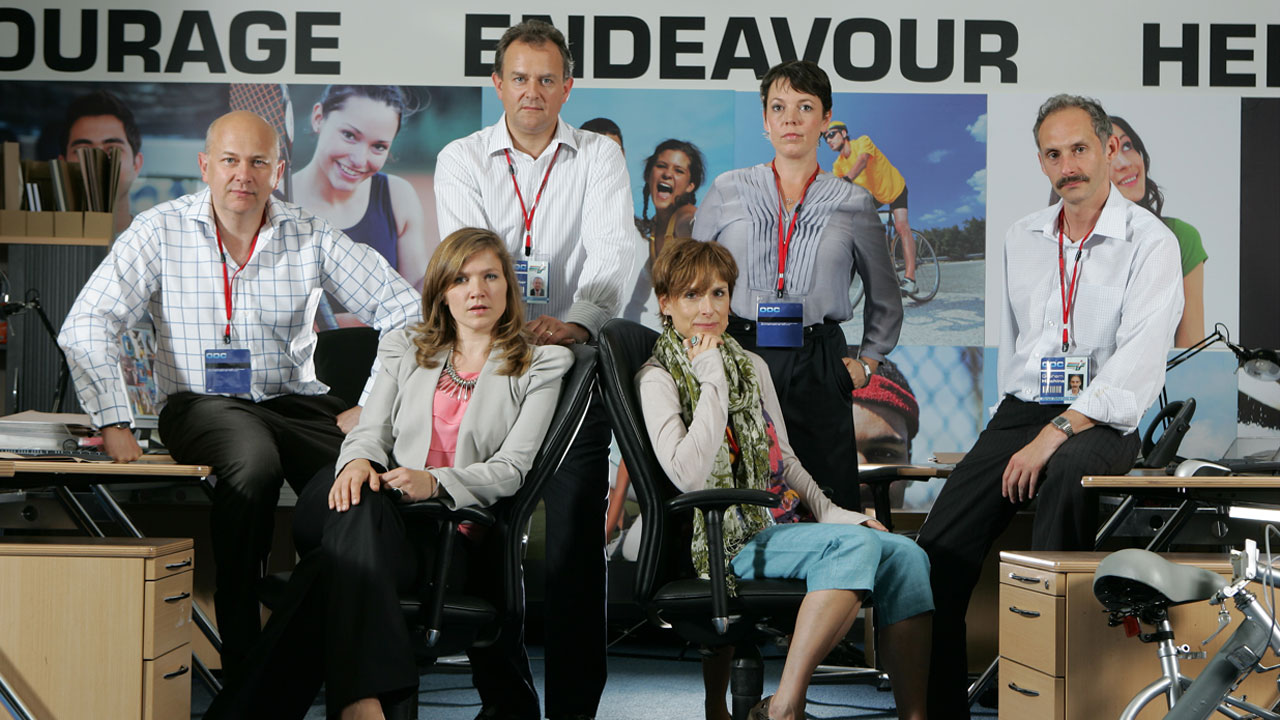