Producer Paul Schlesinger Starring
Production Company BBC Productions
Broadcaster BBC2
This new series follows on from the success of multi BAFTA award-winning Twenty Twelve. Ian Fletcher’s (Hugh Bonneville) sterling work as Head of Deliverance at the London Olympics has landed him a plum new role, this time in public broadcasting as Head of Values at the BBC.

In the first episode, Ian learns that a new job doesn't necessarily mean a whole new team when a surprise appointment sees Ian reunited with former colleague, PR guru Siobhan Sharpe (Jessica Hynes). He also has to start getting to grips with a whole new set of personalities and office politics, including control-freak Head of Output, Anna Rampton (Sarah Parish) and Head of Strategic Governance Simon Harwood (Jason Watkins). And persuade someone, anyone, to get him a proper cappuccino…

The first episode opened with viewing figures of 1.6 million on 19th March 2014.

Writer John Morton (who also directs) has created another TV masterpiece in which there wasn't a wasted opportunity to deliver a clever, sly or laugh-out-loud gag.... Superb

Veronica Lee
The Arts Desk
John Morton is beyond great. He’s in the ‘makes it look so easy you think you could do it’ league. His characters are so perfectly formed that you assume they really exist, and all he’s had to do is follow them round and take notes. Mark Mason
Spectator 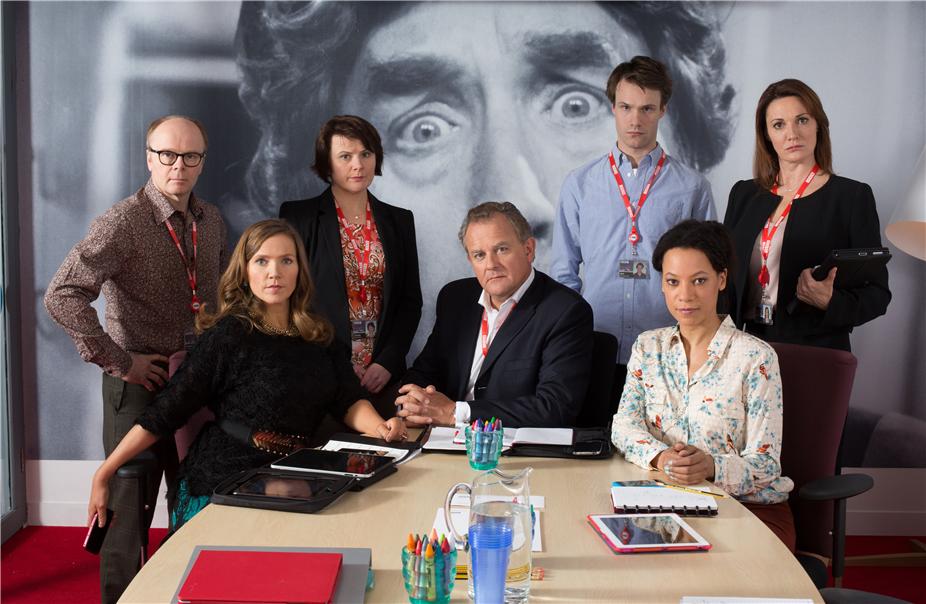