Canada → The Porcupine's Quill
Treachery leads to a monstrous war amongst the wildlife of New York City, and Patch, a young squirrel, is forced into exile on Staten Island. Patch must journey across deadly, human-ridden streets, parks and sewers to find his home in Central Park and to rescue all the animals from a power-hungry and sadistic enemy -- the King Beneath. Wood engravings by the award-winning Jim Westergard illuminate the scenes and the many animals that Patch encounters. 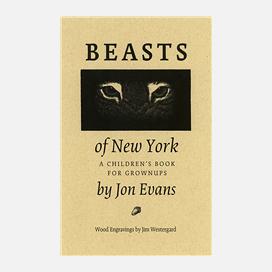