The Dangerous Business of Being Trilby Moffat

On June 22 there were three stories on the front of the newspaper:

1. A cat named Bruce Schnitzel had been rescued from a drain.

2. Drizzle and light wind were forecast for the rest of the week.

It is because of this strange illness that Trilby Moffat and her mother came to be sitting on a train. Behind them were a number of things they would never see again including a comfortable apartment, school, a regular job and all the people they considered friends. Between them was one small suitcase. In front of them, an unusual inheritance, a mystery relative, an opportunity that would never be repeated and a man in a hat that would try to kill Trilby more than once. This is the dangerous story of how Trilby Moffat fled to an isolated antique shop and took on one of the most treacherous jobs of all time… well… outside of time, to be precise. 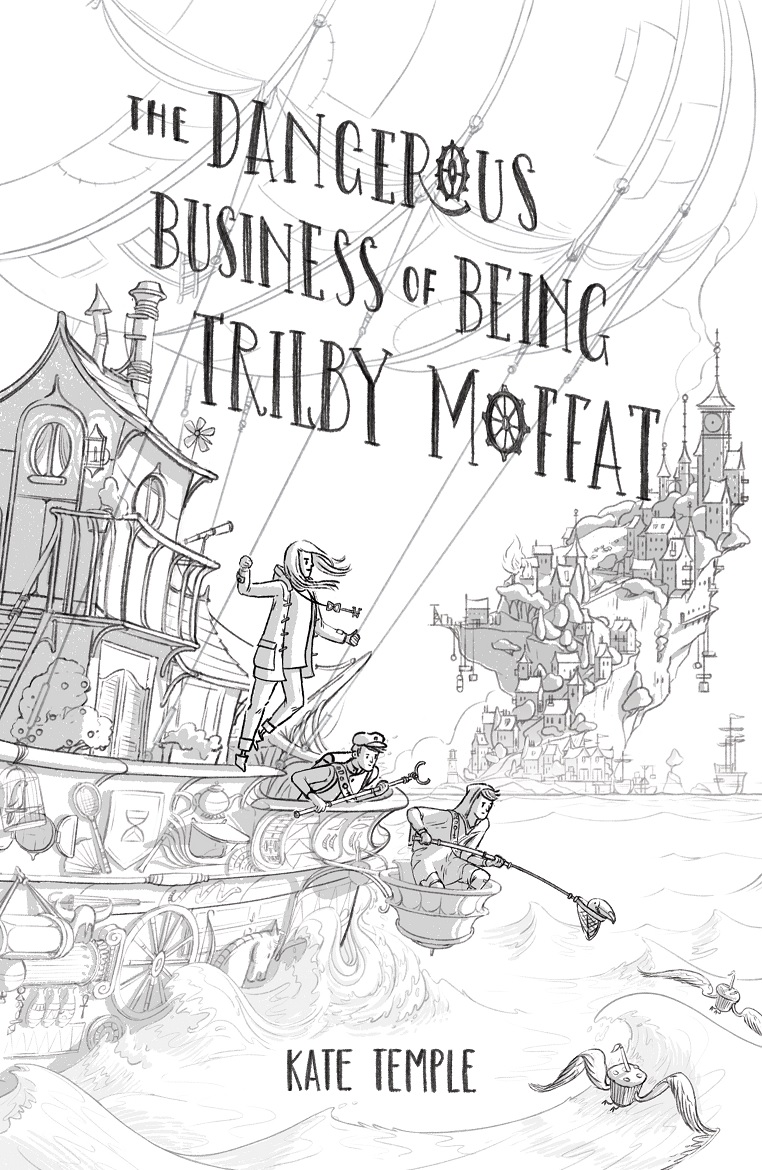