Riley and Cecil's quirky rambling comedy headed up the BBC's Outdoor Season which celebrated the great British love affair with the countryside – whatever the weather.

The series is set among a walking group in the south of England and was inspired by the creators' love of walking and their experiences with the wild and wonderful characters they have met.

Co-produced by Ruth Jones's indie, Tidy Productions, this three part series starred some of the best loved comedy acting talent in the UK including Steve Edge, Katherine Parkinson, Mark Heap and Jones herself, and secured very high viewing figures on BBC4 before transferring to BBC2 in January 2011.

Media
Reviews
'brilliant...it has the makings of a classic' David Quantick
The Mirror 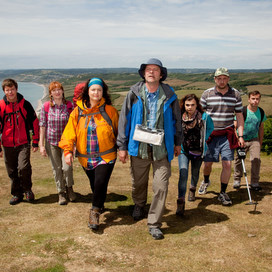