A World War II story of female friendship, longing and sacrifice through war and loss, bringing together the present and the past.

A forgotten manuscript threatens to unravel the past …

Fresnes Prison, 1940: Margot Bisset, a former maid from the Riviera, finds herself in a prison cell with writer and French Resistance fighter, Josephine Murant. Together, they are transferred to a work camp in Germany, where the secrets they share will bind them for generations to come.

Present-day Paris: Evie Black lives above her botanical bookshop with her teenage son, Hugo. Nursing a broken heart, Evie receives an unexpected letter; she clutches at an opportunity to spend a magical summer with Hugo on the Cote d'Azur.

It's here, on the Riviera, that the past envelops them and Evie attempts to unravel the official story of a famous novelist. If she succeeds, a murder from a lifetime ago may be solved.

Inspired by a true story of iconic French Resistance fighter, Agnes Humbert, whose secret journal shed light on a little-known aspect of World War II, The French Gift will captivate readers from beginning to unforgettable end.

Kate Cooper manages the translation rights for The French Gift

Manning's lush, moving novel connects the past with the present and describes the scents and tastes of France as it tells the intertwined stories of three smart, strong women.

Kirsty Manning has delivered yet again with this epic novel about women, love and heartbreak - The French Gift. With passion and sensitivity, Manning takes the reader on a journey that is near-impossible to tear yourself away from. I adore this author and this is without a doubt her finest work. A triumph!

In her stirring story of survival and sacrifice, Manning bestows a gift on discerning readers who seek contemplation as well as entertainment.

Manning’s multilayered story is both terrifying and triumphant. Her talent for a surprising twist makes this story a must for her fans.

The French Gift merges fact with fiction and the result is simply brilliant storytelling … The French Gift is historical fiction at its best. Manning doesn’t put a foot wrong, from the polished prose and compelling characters, to the fabulous sense of place that imbues this read. A glorious escape from reality, this will captivate readers from the beginning to the unforgettable, surprising end. 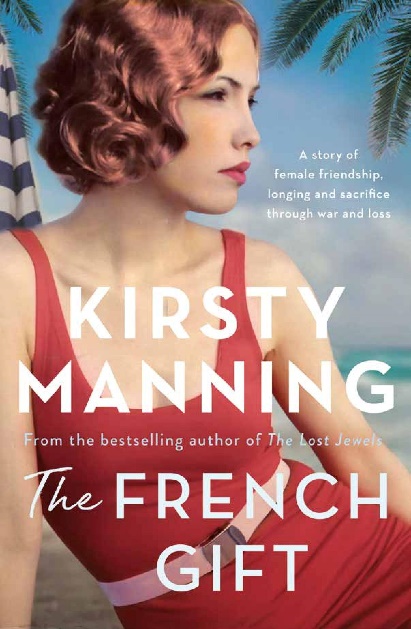