'The Bosphorus waits beneath me. Patient, eternal, curious.'

1921. Constantinople, jewel of the defeated Ottoman Empire, has been occupied by Allied forces: French, Italian and British. The nighttime streets of the ancient city ring out with the sound of jazz … and the catcalls of drunken soldiers. At the ports refugees pile from the boats with nothing but the clothes on their backs: Russian aristocrats fleeing the Bolshevik terror, Ottoman families forced from land lost in the First World War.

Amidst this chaos three lives become intertwined. George: a British army doctor setting up a hospital in a Bosphorus summerhouse … and trying to ignore the guilty secret that prevents him returning home. Nur: daughter of a grand Ottoman family reduced to poverty … discovering an unexpected freedom as she emerges from a life lived behind filigree screens.

And an Ottoman man known only as The Prisoner, returning from a POW camp to find his city and life as he knew it utterly changed.

When Nur is forced to rely on George’s life-saving expertise, a fragile bond is formed. But such a friendship — between occupier and occupied, man and women, East and West, Muslim and Christian — is a difficult thing. There are those who would risk anything, including innocent lives, to destroy it. 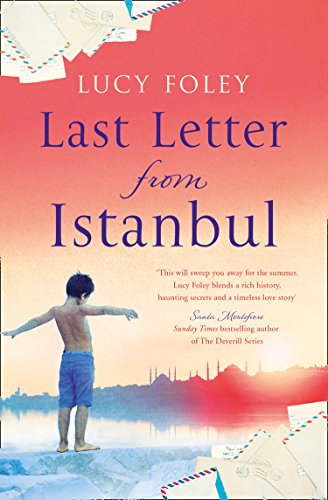