​In the early 19th century, British explorer John Oxley traversed the then-unknown wilderness of central Australia, in ardent search of water. Oxley never found it, but he never ceased to believe it was out there. The myth of the inland sea was taken up by other men, and over the years search parties walked out into the desert, dying as they tried to find it.

Two centuries later, his great-great-great-great granddaughter (and our narrator) spends her last year in Sydney reeling from her own self-destructive obsessions. She’s working part-time as an emergency dispatch operator, drinking heavily (both with friends and alone), sleeping with strangers, wandering Sydney’s dangerous streets late at night, and navigating an affair with an ex-lover whose girlfriend is in her circle of friends. Her motivations, body, and moral code seem to be corrupted by a maelstrom of impulses and a pervasive sense of menace. Reckless and adrift, she prepares to leave.

The Inland Sea, with its tidal pull and bittersweet nostalgia, calls to mind Pitch Dark by Renata Adler, My Antonia by Willa Cather, and Monkey Grip by Helen Garner. With down-to-earth lucidity and ethereal breeze, Watts perfectly tames themes of feminine fear, dispassion, danger, and longing into a tightly controlled brushfire.

Claire Nozieres manages the translation rights for The Inland Sea

Madeleine Watts' INLAND SEA is full of heat and disquiet, an acute barometer of all kinds of interior and exterior weather. I could tell you that I found it astute and precise, almost savage in its eloquence, illuminating about what it feels like to love, to be left, to want more; and all of these things would be true, but what I really want to say is that it reached into a mysterious subcutaneous zone where I felt displaced, unhinged, inexplicably consoled, inexplicably rearranged, somehow enlarged.

Resplendent and compelling [...] Watts's prose crackles with electricity in the same way that the world she's writing about prickles with danger [...] The Inland Sea feels both urgent and alive. It's a lush, original Bildungsroman for a terrifying new world.

Madeleine Watts has delivered us the kind of messy, adrift female narrator we so rarely get to see: a restless young woman gazing towards adulthood from the perch she’s built on booze, risky sex, and all the trappings of the sweaty, clawing space of post-college listlessness. Reading this book felt like stepping inside her skin, and I kept living there for days after I reached the end. The Inland Sea announces a voice and mind as brazen and bright as the Australian sun that radiates off every page of this novel.

The Inland Sea is completely absorbing and sometimes disquieting, as much a search for the self as an imagined body of water in the middle of the desert. I savored this novel, reading it slowly over a couple of weeks, its airy and restless voice always in my head almost like a narcotic, but I could have read it in one night. Madeleine Watts is a startlingly good writer who holds nothing back.

A tricky marvel: melancholy and bright, ingenious and gentle, an emergency inside of an idyll. Watts is an exceptional talent

Brilliant and breathtaking … gives a precise glimpse into a world and a woman coming undone. I want everyone to read this provocative, perfect book.

A wise, captivating, and dreamlike tale full of longing, an unflinching exploration of mankind’s hubris and capacity for harm: to the earth, to one another, and to ourselves.

Jessi Jezewska Stevens
Author of 'The Exhibition of Persephone Q'

A sparking portrayal of dangerous thirst and unreachable interiors. 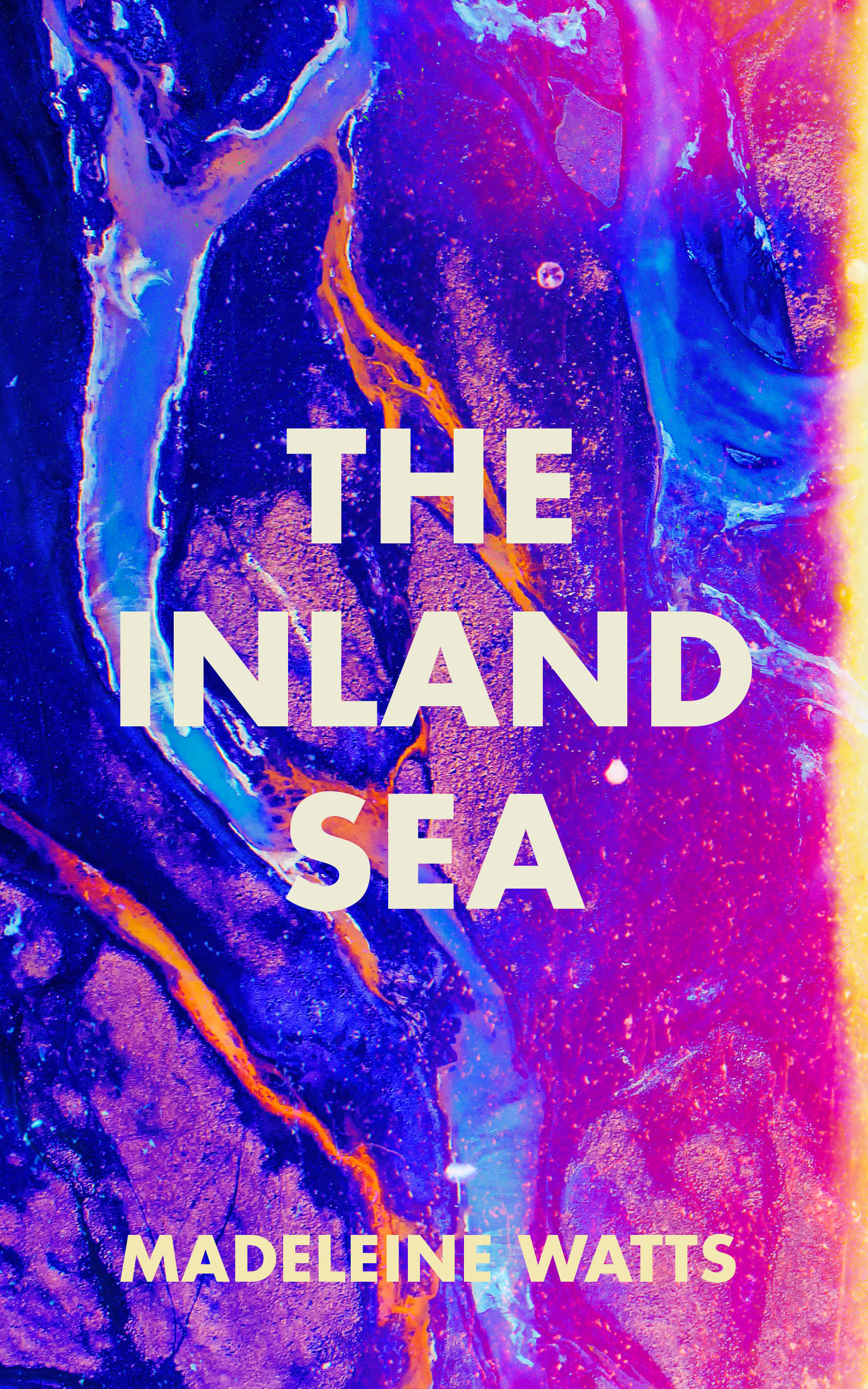