World English → Byliner Originals
In this second, steamy episode of the new Byliner Serial Positron, Margaret Atwood picks up where she left off in her dystopian dark comedy I'm Starved for You, mining wholly deviant territory where a totalitarian state collides with the chaos of human desire. Husband and wife Stan and Charmaine face more troubles in safe but carefully controlled Consilience, a social experiment in which the lawful are locked up and criminals roam the wasteland beyond the gates that is the America of Margaret Atwood's creepily plausible near future. In the world of Choke Collar, when you surrender your civil liberties, you enter a funhouse of someone else’s making.

Choke Collar is the second of four stories in the Positron series for Byliner which will ultimately become a full length novel.
Rights 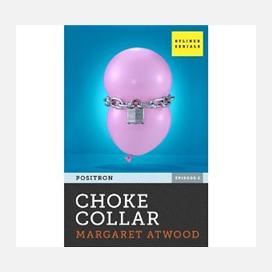