Winner of the Kobzar Book Award

A delusional service lackey on a charged political mission becomes convinced he’s being covertly recruited to guard Lenin’s tomb. An agoraphobic recluse subsists by selling contraband LPs, carving the vinyl grooves from illicit records into x-ray film. And the unforgettable Zaya, a cleft-lipped orphan turned beauty pageant-crasher turned sadist-for-hire, returns to the home she tried so hard to escape. These are just some of the indelible characters united across time by the apartment building at the center of Maria Reva’s collection of linked stories, Good Citizens Need Not Fear.

The crumbling tower at 1933 Ivansk Street, Kozlov City, Ukraine, USSR is a bureaucratic accident, a building that doesn’t exist in the city’s official records, leaving its residents aliens in their own home. But even as they weather the official neglect of the increasingly powerless authorities, they devise ingenious ways to survive.

Set during the chaotic years before the collapse of the Soviet Union, and the brutal transition to a capitalist economy that followed, these stories tack from moments of intense paranoia to surprising tenderness and back again, exploring what it is to be an individual amidst the roiling forces of history. Inspired by her and her family’s own experiences in Ukraine, Reva brings the black absurdism of early Shteyngart and the sly interconnectedness of Anthony Marra’s Tsar of Love and Techno to a collection that is as clever as it is heartfelt.

This innovative, bitingly funny short-story collection unites its tales around its setting: a single apartment building, set between the twilight of the USSR and what comes just after its fall.

Creative, poignant, and darkly hilarious, Good Citizens Need Not Fear is full of relevant questions about resistance, corruption, and maintaining dignity against the dehumanizing power of the State. This is an outstanding first book.

Witheringly incisive and consistently pitch-perfect, Good Citizens Need Not Fear is nothing short of a comic triumph.

The Globe and Mail

Reading this dazzling story collection, I discovered it's possible to have your heart broken while laughing loud enough to wake the baby two doors down the hall. With their big, delightful dollops of surrealism and absurdity, these stories conjure up from the old Soviet-era Ukraine a world that feels, with its hall-of-mirrors twists and torques, uncannily--alarmingly!--on point and up-to-date. Good Citizens Need Not Fear marks the beginning of what is sure to be a long, strong career for the brilliant Maria Reva.

Bright, funny, satirical and relevant [...] A new talent to watch!

Luminous. These stories speak with humour yet real emotion of the heaviness of totalitarian systems and show how the light of our humanity still shines through. Terrific stuff.

Reva’s hilarious, absurdist debut collection lampoons the crumbling bureaucracy leading up to the fall of the Soviet Union [...] the riotous set pieces and intelligent gaze make this an auspicious debut. 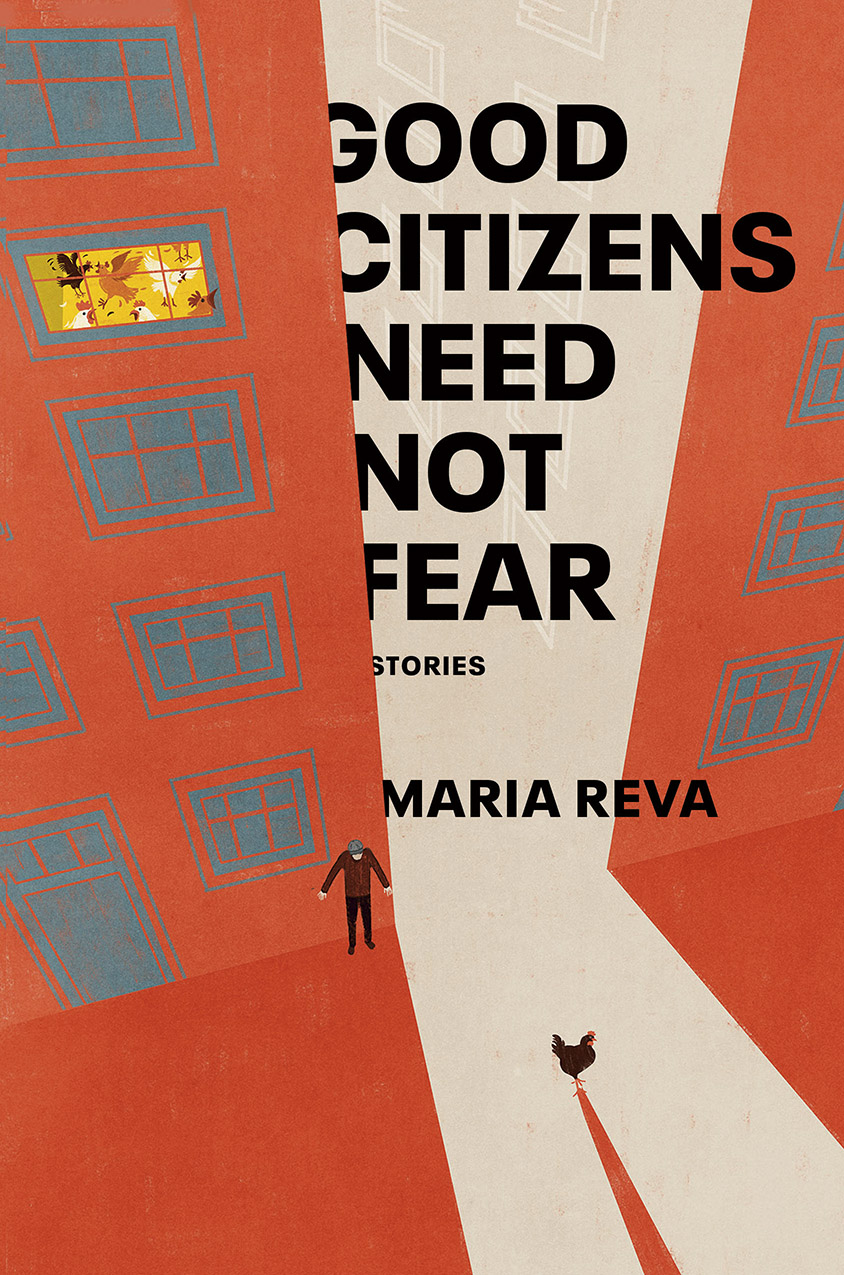